By Elvira Pollina and Marine Strauss

The Court of Justice ruling could strengthen Vivendi's hand in a long-running dispute, helping it regain voting rights for its full stake in Mediaset, 44% owned by the family of Italy's former Prime Minister Silvio Berlusconi.

Mediaset shares rallied up to 5% after the news as investors speculated over possible new M&A scenarios for the Italian broadcaster stemming from the court decision, a Milan-based trader said.

Vivendi, led by French billionaire Vincent Bollore, has been embroiled in a legal dispute with Mediaset since it withdrew from a deal to buy the Italian group's pay TV unit in 2016 and built up a stake which Mediaset considers hostile.

Vivendi's U-turn on the pay TV sale, widely seen as a first step to build closer ties between the two groups to build a Southern-European media powerhouse, prompted a multi-billion euro damage request. A legal case has been ongoing ever since.

In 2017 Italy's communications watchdog ruled Vivendi's stakes in Mediaset and Italy's biggest phone group Telecom Italia (MI:TLIT) broke rules designed to prevent a concentration of power in the telecoms and media sectors and ordered it to reduce one of its holdings to below 10%.

Vivendi challenged the communications regulator's decision in an Italian court, which referred the case to the EU court.

To comply with the Italian regulator's request, the French group transferred two-thirds of its voting rights in Mediaset into an arm's-length trust, which has been barred from voting at the Italian group's shareholder meetings.

This year Vivendi succeeded in blocking in the courts a Mediaset plan to merge its domestic and Spanish (MC:TL5) units under a Dutch holding company with a view to forging tie-ups with other European peers and taking on increasing competition from streaming services like Netflix (O:NFLX).

Attempts to clinch a wider settlement and break the stalemate have so far proved unsuccessful.

Mediaset and Vivendi declined to comment on Thursday's ruling. 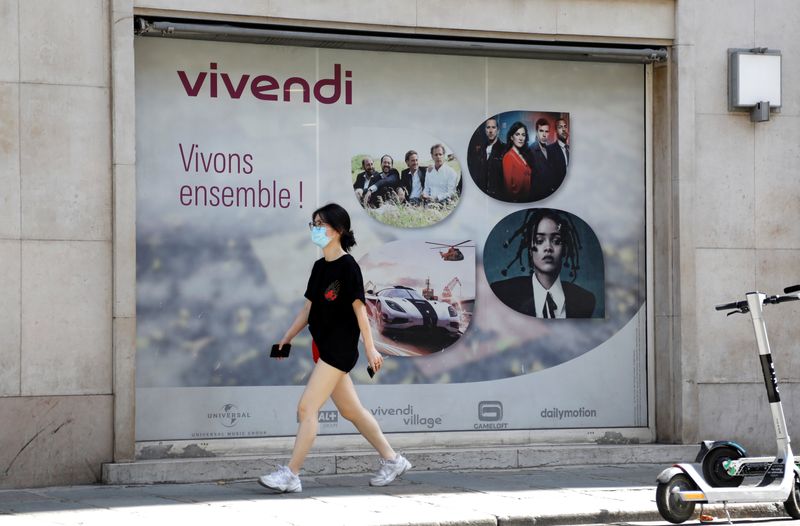