Top 5 Things to Know in the Market on Friday, July 31st

Top 5 Things to Know in the Market on Friday, July 31st 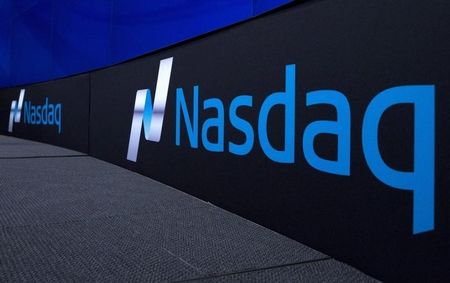 Investing.com -- Big Tech blows past expectations, but Alphabet (NASDAQ:GOOGL) is hit by lower ad spending. It's Big Oil's turn to report next. Europe follows the U.S. in reporting horrific, if historic, GDP data for the second quarter, and the dollar hits a two-year low as confidence in the U.S. recovery falters. Here's what you need to know in financial markets on Friday, July 31st.

1. 'It's Big Tech's world and everyone else is paying rent'

A day after telling U.S. lawmakers that they weren’t rampant monopolists, and on a day when the U.S. economy confirmed its biggest contraction since records began, Big Tech issued a round of results that showed them making money like never before.

Apple (NASDAQ:AAPL), Facebook (NASDAQ:FB) and, most of all, Amazon (NASDAQ:AMZN) blew past expectations for the three months to June. Only Alphabet's (NASDAQ:GOOG) results contained any hint that there was a pandemic going on, its quarterly revenue declining for the first time ever as advertisers pared back their budgets.

That reality may result in some more urgent questioning from the next Congress, which may want to schedule further antitrust hearings for the day AFTER their earnings, rather than the day before.

It’s Europe’s turn to parade the awfulness of the second quarter of 2020. Eurozone GDP contracted by 12.1% in the three months through June, more than the 11.2% expected and considerably more than the 9.5% drop in absolute terms recorded by the U.S. on Thursday.

The starkest decline was in Spain, where GDP fell by 18.5%, while France contracted by 13.8% and Italy by a surprisingly mild 12.4%. Italy had had the worst outbreak in all of Europe, concentrated in its most economically important region, Lombardy. However, it had also gone into lockdown first, creating a lower base at the end of the first quarter.

However, German retail sales and French consumer spending data for June both beat expectations handsomely, underlining how the economy had already started to rebound by the end of the quarter.

U.S. stocks are set to open mostly higher, with Nasdaq futures naturally outperforming on the back of the Big Tech earnings after the close on Thursday.

In addition to earnings from Big Oil (see below) there’ll also be updates from Merck, AbbVie (NYSE:ABBV), Charter Communications , Colgate-Palmolive and Caterpillar ahead of the opening bell Friday, with the last of these likely to draw particular attention, given its status as a bellwether for business activity.

4. Dollar hits lowest since May 2018 on recovery fears

The dollar fell to its lowest level since May 2018 as confidence in the U.S.’s ability to bounce back from the pandemic lockdowns weakened further.

The failure of lawmakers to reach an agreement on the next package of stimulus measures means that there will definitely be a gap in the payment of enhanced unemployment benefits, according to White House chief of staff Mark Meadows.

That threatens not only to hit actual levels of spending by some 30 million people claiming those benefits, but also raise the fear of future unemployment among those who still have a job, making them less inclined to spend.

While the Covid-19 virus has shown signs of plateauing in the south and west in recent days, White House Task Force Coordinator Deborah Birx warned on Thursday that it is spreading more broadly across the Midwest, due largely to travel since lockdowns were eased.

Exxon Mobil (NYSE:XOM) and Chevron (NYSE:CVX) will both report earnings for the quarter in which oil prices briefly turned negative.

Both are expected to swing to net losses after already flagging their intention to make massive write-downs of certain asset values, reflecting expectations that oil prices will stay lower for longer than previously though.

ConocoPhilips, the nation’s third-largest producer, said on Thursday it lost over $1 billion in the quarter due to lower prices and output, but added that it had expected to be back at full production by September.