FRANKFURT (Reuters) - Conglomerate Thyssenkrupp (DE:TKAG) must soon find a solution for its struggling steel unit and say how it will spend the 17.2 billion euros (15.6 billion pounds) in proceeds from the sale of its elevator division, a top-20 investor said.

"There has to be a solution for steel in the near term. It would be good if there was clarity until the next annual general meeting," said Ingo Speich, head of sustainability and corporate governance at Deka Investment, Thyssenkrupp's 11th-largest shareholder, who has been an outspoken critic of Thyssenkrupp's performance in the past.

Speich's remarks come ahead of the deal's closing, which sources say is expected on Friday.

The group has said it might sell, keep or merge its steel division with a peer, with Salzgitter (DE:SZGG), Tata Steel (NS:TISC), SSAB

"Completely divesting steel will be difficult," Speich said, adding a joint venture or merger with a peer would be the most likely options.

"Time is against Thyssenkrupp and in favour of its peers," Speich said.

The sale of elevators to a consortium of Advent, Cinven and Germany's RAG foundation will effectively hand Thyssenkrupp a financial lifeline to turn around its other business units, which range from car parts to submarines.

But the group has signalled that most of the proceeds will be used up by cutting down debt, paying off pension liabilities and for offsetting business lost thanks to the coronavirus pandemic, leaving little to fund future projects.

One of the people said that less than 2 billion euros might be available to invest in growth.

Thyssenkrupp's shareholders are not expected to get a share either, Speich said: "The company needs every cent." 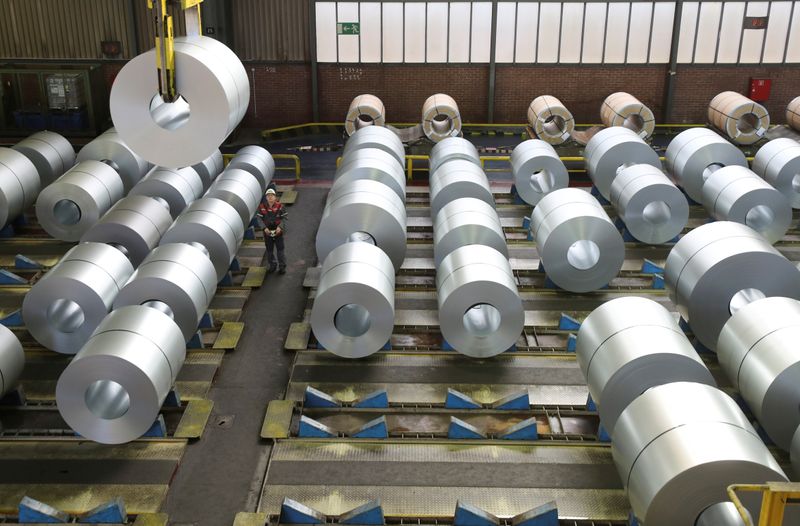