STELLENBOSCH, South Africa (Reuters) - A budget bank is booming in South Africa's economic slump, challenging the decades-long dominance of the "big four" lenders and prompting a price war that is driving down banking costs in a country where many people can't afford an account.

Capitec Bank (J:CPIJ) has doubled its customer numbers over the past five years and quadrupled in market value, even as South Africa's economic growth has stalled and the country has slid into recession, squeezing household incomes.

It offers a single "no-frills" bank account with low fees, as well as unsecured loans to customers including low-income borrowers, but steers clear of the more complex financial products offered by rivals.

This model has insulated it from the downturn, which has constrained mortgage lending and vehicle finance, key business areas for the four biggest banks: Standard Bank (J:SBKJ), FirstRand (J:FSRJ), Barclays (LON:BARC) Africa (J:BGAJ) and Nedbank (J:NEDJ).

Those four heavyweights have reigned unchallenged over South Africa's financial sector since the 1990s.

But Capitec, whose shares have risen more than 300 percent since 2012 and over 30 percent this year, now has a market value of 103 billion rand (6.12 billion pounds) - closing in on the number four lender Nedbank, which is worth 110 billion rand.

The Stellenbosch-based bank, which launched in 2001, has 9 million customers, of which 4 million are so-called primary clients who have their salaries deposited into these accounts.

"Most of them we've taken from other banks," Capitec Chief Executive Gerrie Fourie told Reuters in an interview, saying that his bank attracts 100,000 to 150,000 new customers a month.

"The economy is helping us," he added. "People have started questioning why they have to pay banking costs."

There are clear risks to the bank's business model of offering unsecured loans to lower-income borrowers without any other forms of lending to counter any losses, according to industry experts.

Capitec's rise is nonetheless forcing its rivals to respond. They are all fighting back with their own no frills accounts aimed at hard-pressed consumers.

This is pushing down the cost of banking in South Africa - a significant development in a country where only around half of the 55 million population have bank accounts, according to Nielsen research, partly because of the charges involved.

Bank fees for deposits, withdrawals, transfers and administration have for years largely ranged between 100 and 250 rand a month, but can rise as high as 450 - a stiff ask in a country where the minimum wage is 20 rand an hour.

Nedbank has reduced the administration fees for its most basic account to Capitec's level of 5.50 rand a month and also lowered transaction costs. It now offers bank accounts that are about half the price of five years ago.

Chief Executive Mike Brown told Reuters it was focusing strongly on entry-level banking and was looking to that segment for customer growth.

The other big banks have gone even further, more than halving their fees for their most basic accounts over the past five years to undercut Capitec.

Standard Bank's co-Chief Executive Ben Kruger told Reuters it needed to be able to respond nimbly to counter lean new entrants like Capitec who have been able to enter the market without the stifling processes established banks have inherited from their paper-based legacy systems.

"Capitec is gaining market share in the bottom end and the middle of the market and they are increasingly becoming more aggressive in business banking," said the bank's other Co-CEO, Sim Tshabalala.

Nestled in the vineyards of the Western Cape, far from South Africa's financial hub of Johannesburg, Capitec has enjoyed a rapid rise since it launched 16 years ago. The biggest growth came during the economic downturn of the past five years, both in terms of customers and market value.

"Capitec came from zero, to being a big player," said Feroz Basa, head of Old Mutual's Global Emerging Markets Fund. "It's centred around this low-cost model, that's how they are gaining market share."

The bank's growing deposit base has narrowed its own cost of funding significantly, Arqaam Capital analysts Jaap Meijer and Leen Antonios said in a note, adding that they expect it to generate higher-than-expected revenues in the next few years.

However, in terms of risks, the amount of Capitec's loans in arrears at the end of December were up 24 percent to compared with a year earlier, at 2.86 billion rand, outstripping the 11 percent growth rate of its interest income.

Unlike its rivals, the bank offers only unsecured loans and cannot count on other lending areas such as mortgages to counter any losses. The company is due to report half-year results at the end of September.

"The other banks might have a bit of a moat by having vehicle finance, housing loans and bonds and higher value loans," said Momentum SP Reid banking analyst Brian Mugabe. "Their (Capitec's) biggest challenge comes as they move up the value chain."

Nonetheless, as the price war for low-income customers gears up, Capitec warned its bigger competitors that it plans to climb the income ladder - but not all the way up.

"We designed this bank to service 90 to 95 percent of South Africa's banking public," said Fourie. "The wealthiest 5 to 10 percent of the population we leave for the guys offering private banking services." 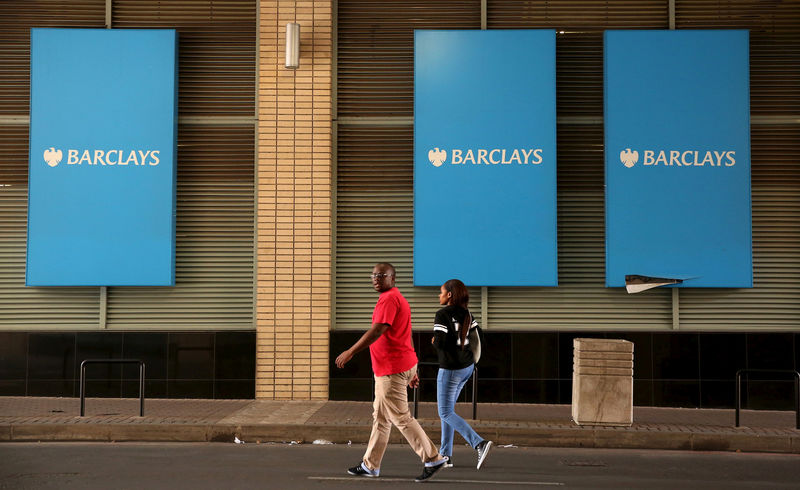