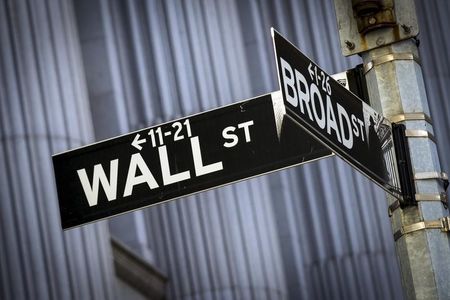 Investing.com – Wall Street was flat on Tuesday as investors waited for U.S. President Donald Trump to give more insight on resolving the 16-month long trade war with China.

Trump is expected to speak at 12:00 PM ET (1700 GMT) at the Economic Club in New York. The possibility of a deal has helped Wall Street reach record highs, but optimism died down after Trump indicated over the weekend he would only sign if it was the “right deal” for America.

"I can't imagine (Trump) not being optimistic about a trade deal or on the outlook of the economy," said Peter Cardillo, chief market economist at Spartan Capital Securities in New York.

"That should help the market stabilize after yesterday's small pullback which amounts to just some profit taking and nothing more ... I should think unless Mr. Trump throws a curve ball, we could probably resume last week's rally."

Walt Disney Company (NYSE:DIS) gained 0.5% after the open, as its Disney + service launches. Craft Brew (NASDAQ:BREW) surged 120% after reports that Anheuser Busch Inbev (NYSE:BUD) will buy out its remaining shareholders in a $321 million deal. Industrial gas supplier Linde (NYSE:LIN) gained 2% after raising its forecast, while Facebook (NASDAQ:FB) was up 1.1%.

Elsewhere, Cronos Group (NASDAQ:CRON) fell 1.7% after the cannabis company reported a steep loss in the third quarter, while Advance Auto Parts (NYSE:AAP) slipped 7% after same-store sales came in below estimates.

-Reuters contributed to this report