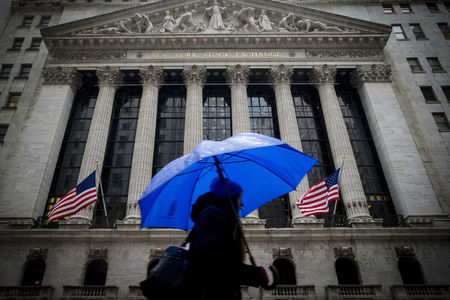 Investing.com - U.S. futures were flat on Thursday as investors remained cautious from mixed signals ahead of trade talks between the U.S. and China.

The South China Morning Post reported that no progress has been made in deputy-level trade talks that occurred before high-level talks on Thursday, which it said will last only one day instead of the two days originally scheduled (the White House told CNBC that that was inaccurate and that Vice Premier Liu He is still scheduled to depart Friday evening).

PG&E slumped 26.9% after the utility company cut the power of hundreds of thousands of residents in Northern California in an attempt to avoid sparking another wildfire. Power is not likely to resume for days, the company said.

Activision Blizzard (NASDAQ:ATVI) dipped 0.6% after some of its employees staged a walkout in protest at the company's decision to ban a player who voiced support of the Hong Kong protesters.

On the data front, weekly jobless claims figures and consumer price index data come out at 8:30 AM ET, while Delta Air Lines is expected to publish its earnings before the open.