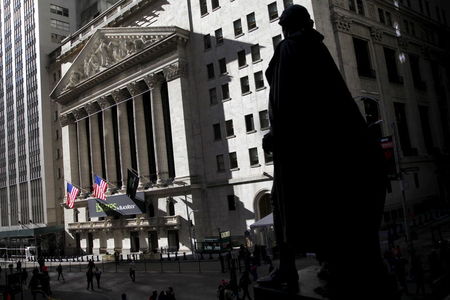 Investing.com - U.S. futures were slightly higher on Tuesday as investors waited for a keynote speech from U.S. President Donald Trump that's likely to include comments on trade policy with regard to both China and Europe.

Trump is speaking at the Economic Club of New York at 12:00 PM ET (1700 GMT) and is expected to shed further light on the status of trade talks between the two largest economies in the world, after another confusing chapter of claim and counter-claim last week.

The President stated last week that he was not planning to roll back tariffs on China, putting the prospect of a 'Phase 1' trade deal in doubt. The Chinese Commerce Ministry had earlier claimed there was mutual agreement on reducing tariffs as part of the deal.

Linde (NYSE:LIN) rose 1.8% in premarket trade after its earnings beat estimates, while Craft Brew (NASDAQ:BREW) surged 121% after reports that Anheuser Busch Inbev (NYSE:BUD) will buy out its remaining shareholder.

Tesla (NASDAQ:TSLA) inched up 0.4% after it unveiled its first Model 3s built in China, while Nissan Motor (OTC:NSANY) was set for a choppy opening after the company slashed its profit and sales forecasts for the fiscal year after a week three months through September.

Elsewhere, Macy’s (NYSE:M) inched down 0.1% while DXC Technology (NYSE:DXC) fell 0.7% on news that it is planning to divest three of its five businesses.