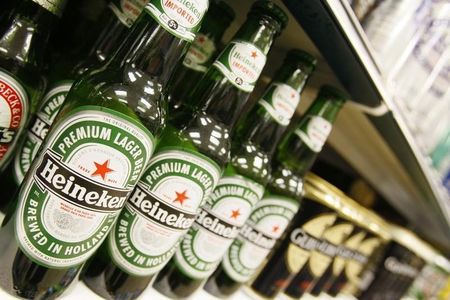 Compagnie Financiere Richemont  (SIX:CFR) stock fell 4.9% after the Swiss luxury-goods group said its sales plunged 47% in its first quarter from a year, falling significantly across all regions, except China, due to the coronavirus pandemic.

Continuing the theme, Heineken (AS:HEIO) stock dropped 3.1% as the world’s second-largest brewer was hit hard by the lockdowns of bars and restaurants. Net income plunged 76% as the company took a 550 million euro ($630 million) asset impairment charge. And GVC Holdings PLC (LON:GVC) shares fell 4.7% as the owner of Ladbrokes (LON:LCL) and Coral bookmakers reported an 11% drop in net gaming revenue in a half-year ravaged by the cancellation of sports events and the closure of its high street stores.

On the flip side, Zalando (DE:ZALG) stock rose 2.5% after the online fashion retailer raised its guidance for the full year following strong growth in the second quarter.

Attention will now turn to the latest ECB get together, although the central bank is unlikely to deliver another easing package so soon after June’s largesse.

“We think the ECB will strike a more positive note on current economic developments, while continuing to express caution about the outlook further out,” said analysts at ABN Amro, in a research note.

Also coming later, the weekly U.S. initial jobless claims number is set to show a slowly improving employment situation, while the June retail sales release will be studied to see if May's big jump can be repeated.

At the same time, the Covid-19 virus continues to work its way through the global population, with the summer tourism season in Europe generating pockets of high-risk gatherings.

Oil prices weakened Thursday after the world’s major producers agreed to relax their record cuts to output, but losses have been mitigated by a sizable drop in last week’s official U.S. crude inventories.