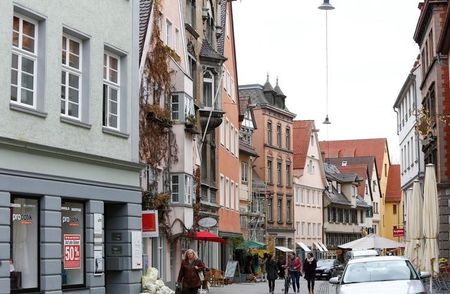 The forward-looking consumer sentiment index rose to -0.3 in August, better than the -5 expected and the -9.6 seen in July. It has gained almost 23 points since its low of minus 23.1 points in May.

"There is no doubt that the reduction in value-added tax has contributed to the extremely positive progress," said Rolf Buerkl, consumer expert at GfK, explaining that consumers are looking to make major purchases earlier than planned, which will help boost spending this year.

However, stock market gains may be limited by rising tensions between Washington and Beijing after the United States ordered the closure of China's consulate in Houston amid accusations of spying.

The two largest economies in the world have been at loggerheads for months now, over such matters as the origin of the Covid-19 outbreak, the legal clampdown on Hong Kong and China’s ambitions in the South China sea.

At the same time, the coronavirus continues to ravage its way across the U.S., the globe’s economic driver.

California has now overtaken New York, the original epicenter of the outbreak in the U.S., as the worst-hit state for cases, according to a Reuters tally. Total cases in the most populous U.S. state rose by 12,112 on Wednesday, the biggest single-day increase since the pandemic started.

In corporate news, Daimler (DE:DAIGn) will be in the spotlight after the German car manufacturer said it still expects to make an operating profit this year despite the hit from the Covid-19 outbreak which resulted in a large second-quarter operating loss.

Corporate news from the likes of Pernod Ricard (PA:PERP), STMicroelectronics (PA:STM) and Roche (SIX:RO) are also due.

Oil prices edged higher Thursday, with the jump in U.S. crude inventories, reported late Wednesday, having only a limited impact.

The Energy Information Administration said crude inventories rose by 4.9 million barrels in the week to July 17, despite this being peak driving season, as a sharp rise in coronavirus cases has started to hit U.S. consumption.