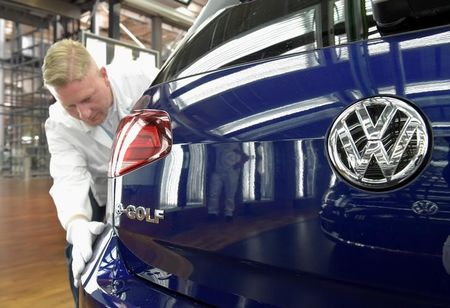 Investing.com - European stock markets slumped Thursday, weighed down by disappointing corporate news, particularly from the auto sector, despite the Federal Reserve reiterating its support for the U.S. economy.

Economic data last week, in the form of purchasing managers indexes, indicated that the euro area recovery has gathered speed in July. However, the earnings releases reflect the previous quarter, and have tended to show the severity of the hit from the coronavirus pandemic.

French carmaker Renault (PA:RENA), down 1.6%, posted a record net loss of 7.29 billion euros in the first half of this year, while German rival Volkswagen (DE:VOWG_p), down 5%, unveiled a first-half operating loss of 800 million euros, forcing the carmaker to slash its dividend.

On the flip side, AstraZeneca (NYSE:AZN) gained 2.5% after the pharmaceutical giant said that second-quarter net profit surged and that late-stage trials for the vaccine it is developing with University of Oxford researchers are under way, while Anheuser Busch Inbev (BR:ABI) jumped 7.5% after an encouraging beer sales recovery in June.

Late Wednesday, the U.S. Federal Reserve kept its benchmark rate near zero and suggested rates would remain in this range for some time.

Second quarter GDP figures are due for release later Wednesday in both the U.S. and Germany and will reveal the depth of the economic fallout from the pandemic. Expectations are for an annualized decline in U.S. GDP of 34% on the quarter and an absolute decline of 9.0% in Germany.