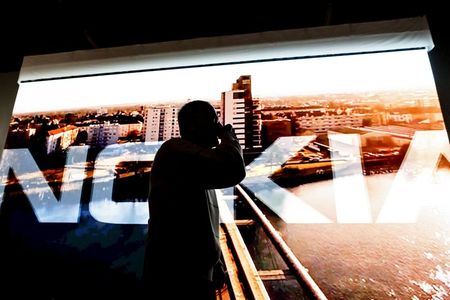 Investing.com - European stock markets edged higher Friday, helped by continued support from the European Central Bank and some positive corporate earnings, despite weak growth data and the continued threat of the Covid pandemic.

The second-quarter GDP data from France and Spain followed Thursday’s lead from both Germany and the U.S., reporting horrific drops of 13.8% and 18.5% in the quarter, respectively, caused by the lockdowns imposed to tackle the coronavirus pandemic. The official EU release is later in the session.

Against that backdrop, European Central Bank President Christine Lagarde told French daily Le Courrier Cauchois that the ECB has to maintain its massive bond purchases "at least until June 2021" to help underpin the economy.

The pandemic shows few signs of slowing down, with global cases approaching 17,300,000, according to Johns Hopkins data, and deaths well over 670,000. A number of countries, including some in Europe, have seen rising numbers of new coronavirus infections, suggesting the lifting of lockdown measures has bred a second wave.

Still, there was some positive second-quarter corporate earnings news Friday.

BNP Paribas (PA:BNPP) stock rose 5.3% after the French bank posted net profit of EUR2.30 billion, down just 6.8%, despite setting aside 1.45 billion euros ($1.72 billion) to cover credit losses. The bank's fixed-income trading division generated more money than any Wall Street bank's in the quarter, with the exception of Morgan Stanley (NYSE:MS).

British American Tobacco (LON:BATS) rose 1.8% after reporting a first-half profit. The tobacco giant also noted that it was awaiting U.S. approval to start a trial of its Covid-19 vaccine.

On the flip side, International Consolidated Airlines (MC:ICAG), the owner of British Airways, posted a net loss for the first half of fiscal 2021, and announced plans to raise 2.75 billion euros as the pandemic weakened its financial position. IAG (LON:ICAG) stock fell 7%.

The Organisation of Petroleum Exporting Countries and its allies are due to increase production by about 2 million barrels a day, starting in August.