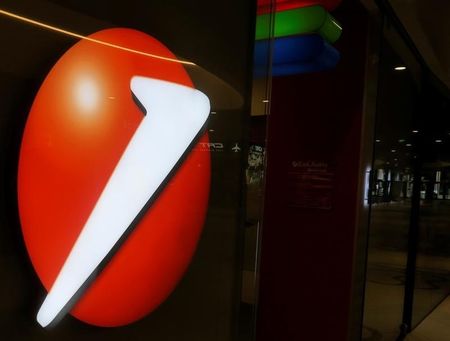 Investing.com -- Unicredit (MI:CRDI) and Societe Generale (PA:SOGN) became the latest two big European banks to report better-than-expected profits for the third quarter Thursday but their plans to pay out some returns to long-suffering shareholders are likely to have to stay on ice for another few months yet.

Unicredit raised its guidance for the year after reporting a 31% quarter-on-quarter increase in net profit, ahead of expectations. It also said it was still on course to meet its 2021 profit targets. Revenue rose, loan loss provisions fell from the previous quarter, and the core capital ratio strengthened to 14.4%.

The bank operates across most of southern and central Europe but has been particularly supported in the third quarter by a strong rally in Italian bonds, reflecting greater confidence that the euro zone will get through the current emergency thanks to more effective and coordinated action by the European Union and the European Central Bank.

The numbers would put Unicredit in an excellent position to implement its policy of paying out half of underlying profits through dividends and buybacks – were it not for the ECB’s current ban on such measures. The ECB’s ban, which is set to run through the end of the year, risks being extended for another six months or even more, until a naturally cautious supervisor is confident that bank balance sheets have absorbed the worst of the pandemic.

Like many of its peers, Unicredit’s third-quarter numbers have been helped by the economic rebound in the third quarter, which has slowed or even stopped the descent into bankruptcy for some corporate and household borrowers. Unicredits non-performing loan ratio fell to 4.7% as of September. Santander (MC:SAN), which reported a week earlier, said that only 2% of the loans that had been subject to forbearance measures earlier had actually fallen into default.

Almost all of the euro zone’s banks have beaten expectations one way or another in the current quarter. Together with a relief rally in the aftermath of the U.S. election, that’s made for a healthy bounce in their beaten-down stocks: SocGen stock, which rose 3.5% on Thursday after it, too, beat forecasts, is now up over 16% for the week, as is Intesa Sanpaolo (MI:ISP), whose increasing focus on wealth management and insurance is becoming more evident in the consistency of its earnings.

Indeed, wealth managers appear to be among the biggest winners from the election, given that the U.S. Republican party’s likely control of the Senate should thwart any radical plans for punitive taxes on the rich by the House of Representatives. The shares of the big three Swiss banks - UBS Group AG (SIX:UBSG), Credit Suisse (SIX:CSGN) and Julius Baer (SIX:BAER) – are all up over 10% on the week.

However, for the broader sector, it still seems too early to declare victory (Commerzbank (DE:CBKG) and ING (AS:INGA) earnings on Thursday both showed that there's still plenty of scope to disappoint) .

The Eurozone economy is heading back into contraction as the second wave of Covid-19 rises, according to updated EU Commission forecasts published on Thursday. It also cut its growth forecast for next year (although it also reduced its forecast for this year's contraction) and said unemployment will rise to 9.4% of the workforce. On Wednesday, Italy became the latest Eurozone country to declare fresh lockdown measures, including a national 10 PM curfew.

You can argue that much of that bad news (and more) is already factored in to valuations. All the same, it's not a background that will encourage bank supervisors to lighten up any time soon.