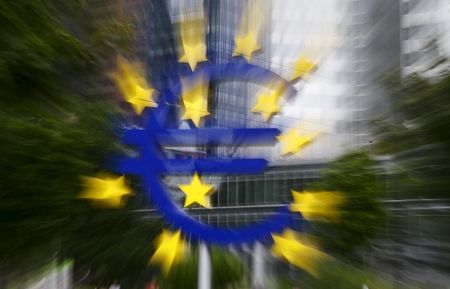 Europe’s stock markets went into reverse on Wednesday, as economic news in various shades of awfulness from China and Germany quickly dispelled any optimism caused on Tuesday by the U.S.’s partial retreat on new tariffs for imports out of China.

Germany’s economy shrunk by 0.1% in the second quarter, according to preliminary data released earlier that confirmed a trend already apparent in a series of grim readings from business surveys and the industrial sector. Eurostat subsequently confirmed that eurozone growth halved in the second quarter to only 0.2%.

The German figures, marked by particular weakness in the export sector, only underlined the breadth of suffering caused by China’s economic slowdown, more evidence of which came overnight with another slowdown in retail sales growth and the weakest rate of industrial production growth since 2002.

The losses were led by steelmakers ArcelorMittal (AS:MT) and Thyssenkrupp (DE:TKAG), both of whom face further price pressure if Chinese overproduction results in an even greater flood of cheap exports to world markets. They both fell by over 3.5%.

Banks also fared badly amid the steady rise of recession risks in Europe, which would start a new cycle of non-performing loans after six years in which they have been steadily whittled away. Germany’s Commerzbank (DE:CBKG) shares fell 3% to an all-time low, dipping below 5 euros. Unicredit (MI:CRDI) also fell 3% while Deutsche Bank (DE:DBKGn), which had been in talks to merge with Commerzbank earlier this year, fell 2.6%.

China-sensitive stocks were also badly hit, with the continent’s carmakers all falling over 1% and suppliers such as Valeo (PA:VLOF) and Schaeffler (DE:SHA_p) falling by over 2%. Luxury goods names also suffered, with Swiss groups Richemont (SIX:CFR) and Swatch (SIX:UHR) falling furthest as a further rise in the Swiss franc hit the value of their foreign earnings.