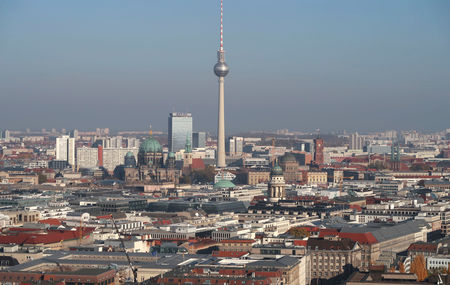 Investors in a handful of residential property managers will be thinking that on Tuesday, after a ruling that upheld a federal government regulation capping rental increases. The ruling threatens a business model that has been wildly successful in the last decade, in which companies such as Dax member Vonovia (DE:VNAn) and midcap Deutsche Wohnen (DE:DWNG) have used rock-bottom borrowing costs to gentrify cities such as Berlin, upgrading old buildings and then raising rents to levels that – while more in keeping with cities such other European capitals – have gone far beyond the ability of older tenants to pay.

Vonovia fell 1.8% on the news to a seven-week low, while Deutsche Wohnen fell 1.7% to its lowest since the start of 2017. Deutsche Wohnen, whose business is concentrated in Berlin where the rent issue is at its most acute, has lost nearly one-third of its value since the spring, when the city Senate, run by the two major left-wing parties and the Greens, floated new its own plans for tighter rent controls.

The Constitutional Court’s ruling referred to a different initiative by the federal government, but its language sets an ominous precedent in establishing a hierarchy of principles, putting social engineering above the rights of property owners to ask a market-driven price for their assets. That may make it harder for Deutsche Wohnen and Vonovia to challenge any more draconian plans enacted by the Berlin city Senate.

“It is in the public interest to steer against the expulsion of less economically strong population groups from popular neighborhoods,” the ruling stated in explaining its encroachment into the area of property rights, a principle that the German constitution typically defends robustly.

The federal government’s “Rent Brake” limits rental increases to 10% above a local reference price derived from prevailing rental levels, but allows for some exceptions in the case of new build and restorations. A federal government committee agreed in principle at the weekend to extend the restriction through 2025.

Elsewhere in Europe Tuesday, markets traded mixed in thin volumes, as a weak economic outlook and political uncertainty stopped them following the lead from Wall Street on Monday and Asia overnight. The benchmark Euro Stoxx 600 was down less than 0.1% at 373.56. The German Dax was down by a similar amount while the FTSE 100 was up 0.3%. Italy’s FTSE MIB lagged the rest of the continent, falling 0.6% amid expectations that Prime Minister Giuseppe Conte will resign later in the day, triggering the breakup of the current coalition and possibly new elections within the next couple of months.