StockBeat: ECB Tells Banks to Get Ready for a Wave of Bad Loans

StockBeat: ECB Tells Banks to Get Ready for a Wave of Bad Loans 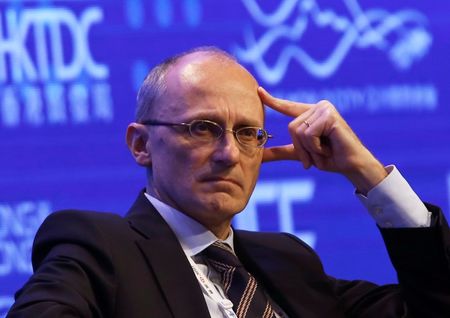 Investing.com -- Europe’s top bank supervisor sounds like the man who wasn’t too careful about what he wished for, because it’s now come true.

Andrea Enria, who heads the European Central Bank’s supervisory board, sounded an alarm bell in an interview published on Monday warning the banks under his institution to make sure they put out some credible loan loss estimates when they issue their quarterly updates over the next few weeks.

He also hinted heavily that unless he was satisfied that banks were making realistic assessments of their loan books, the ECB will be forced to extend its deeply unpopular ban on dividend payments and stock buybacks beyond the end of the year. That factor has weighed heavily on the share prices of banks, such as Italy’s Unicredit (MI:CRDI), that had prepared generous payouts before the pandemic struck. The ban has been one reason why the Stoxx 600 Banks has been one of the worst performing sub-indexes in the market this year, losing 39% year-to-date. It rose 0.4% on Monday, in line with the broader market.

In an extreme case, Enria told the German newspaper Handelsblatt, Eurozone banks could face up to 1.4 trillion euros ($1.7 trillion) in bad loans resulting from the pandemic. He added that it’s “too early to rule out such a scenario.”

Enria’s message underlines a shift in policy that has gradually taken shape over the summer. Regulators’ first instinct was to avoid a credit crunch that would unnecessarily make the economic damage worse. They consequently relaxed bank capital standards and softened the guidelines for measuring bad loans. Eurozone banks responded in the summer with a wave of generic writedowns of things like goodwill, but booked relatively few specific loan loss provisions.

Given that this is the euro zone, where the last bad loan crisis has hardly been cleaned up, this was not a state of affairs that could last for long.

Enria’s changed messaging is thus a signal to banks that it’s alright to start pulling the plug, especially on companies for whom the pandemic is accelerating an end that was already likely.

“The banks should take an honest look at their loan books and see, which of their customers will survive the crisis,“ Enria said.

Indeed, he stressed, they need to start building provisions now, “so that the wave of bad loans doesn’t get too big.”

Interestingly, Enria declined an open invitation to press strongly for the creation of a Eurozone 'bad bank', or 'asset management company' as he preferred to call it, to deal with the coming wave of bad loans.

"A network of national asset management companies can function well," he suggested.

Enria has been a strong advocate for a region-wide institute in the past, but bumped into stubborn resistance from a number of countries across the continent.