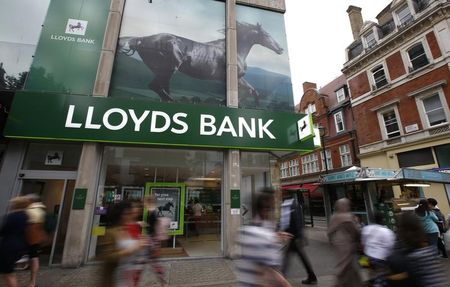 Investing.com -- Even backward-looking numbers can shock.

Investors had been reassuring themselves going into this quarter's earnings season that the Covid-19 shock was priced in, that the worst was behind us, and that the key variable was what people would say about the pace and extent of the recovery.

However, they're being forced to reassess that after a round of earnings that contained more bad than good, along with economic data that suggested the drop in output was even worse than expected in the second quarter.  Germany's DAX fell over 2.3% by mid-morning in reaction to news that Europe's largest economy had shrunk by 10.1% in the second quarter, far more than expected. That dragged the benchmark STOXX 600 index down 1.3% in sympathy.

A couple of caveats need to be applied to this number. It was the first time that the Federal Statistics Office had put its first estimate of GDP out only 30 days after the end of the previous quarter. Previously it had taken a more leisurely 45 days. So there could be more margin for upward revisions: Germany still hasn't published data for either retail sales, foreign trade or industrial production in June, by which time lockdowns had largely been lifted.

There's particular reason to hope, given that the labor market appears to have stabilized. German jobless numbers for July showed a seasonally-adjusted drop of 18,000, instead of the 43,000 rise expected. Sadly, that performance wasn't yet replicated in Italy, where the jobless rate rose to 8.8% in June from an upwardly-revised 8.3% in May.

Worse-than-expected data can sometimes be shrugged off, but it's harder to do so when companies and banks are disappointing at the same time, and some of the disappointments in Wednesday's releases came from surprising quarters: Volkswagen (DE:VOWG_p) AG (DE:VOWG) was forced to cut its dividend after swinging to an 800 million-euro operating loss; in the U.K., Lloyds Banking Group (LON:LLOY), habitually the most profitable of the U.K.'s big banks, swung to a pretax loss of 676 million pounds ($879 million) after booking loan loss provisions of 2.4 billion pounds, joining Barclays (LON:BARC) in taking a much bigger hit against their loan books than expected.

In similar vein, Spain's BBVA (MC:BBVA) swung to a loss in a manner that raised eyebrows, publishing a set of results that maintained that everything was basically rosy except for a 2.08 billion-euro impairment its U.S. business, which resulted in a net loss of 1.16 billion euros. On Tuesday, its bigger rival Banco Santander (MC:SAN) had tried a similar trick, posting a huge loss that it attributed to an 86% writedown of its U.K. business, while presenting a relatively strong set of operating results for its other businesses, while ING (AS:INGA) had done the same with a 300 mlllion-euro impairment.

Such discretionary accounting moves, that result in big changes in book valuation while management strives to tell the analyst community that the underlying business is 'just fine, honestly,' raise more questions than they answer, undermining confidence that measures to stabilize the economy are actually working.

Other disappointments were more predictable: Renault (PA:RENA) had already flagged the impairments that led to its record loss of over 7 billion euros, while Airbus's announcement that it will cut production of the A350 - a day after Boeing (NYSE:BA) also warned of production cuts to its long-haul fleet - merely confirmed impressions that it will be years before long-haul travel sector recovers. That was also underlined by Italy's ENI (MI:ENI) joining the crowd oil and gas majors who have cut their dividend.