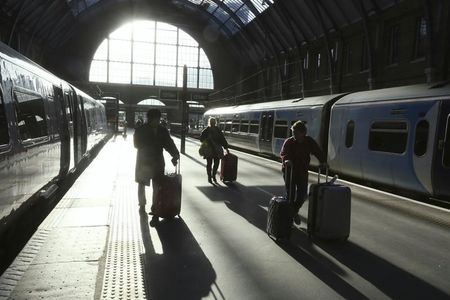 (Reuters) - British transport operator Stagecoach Group Plc (L:SGC) reported a 9% fall in first-half profit on Wednesday, as poor weather dragged earnings at its bus division and it lost some crucial franchises to operate rail routes in the country.

The company, which has refocused on its smaller bus and tram operations, reported adjusted pretax profit of 66.6 million pounds ($85.45 million) for the six months ended Oct. 26, compared with 73.1 million pounds a year earlier.

In a separate statement, Stagecoach said it has appointed Ray O'Toole to succeed Sir Brian Souter as chairman from the beginning of next year.