MADRID/LONDON (Reuters) - Cellnex (MC:CLNX) has agreed to buy the telecoms division of Britain's Arqiva for 2 billion pounds, expanding the Spanish company's phone tower network to more than 50,000 sites across Europe.

The wireless infrastructure company whose shares rose 3% in morning trade to hit a record high, said it would launch a rights issue worth 2.5 billion euros ($2.75 billion) in part to fund the deal.

The transaction gives it about 7,400 owned sites and the rights to market about 900 additional sites across Britain.

Cellnex has snapped up tens of thousands of phone tower sites in Europe in the past three years, making the Barcelona-based company a key player in the consolidation of the telecoms infrastructure market.

This deal brings its portfolio to about 53,000 sites in Spain, France, Netherlands, Britain, Italy, Switzerland and Ireland.

Arqiva, whose main investors include Canada Pension Plan Investment Board (CPPIB) and Macquarie, intends to use most of the proceeds to pay down debt.

The company previously ditched plans to sell or list on the London Stock Exchange two years ago.

But CPPIB and Macquarie resumed efforts to cash out earlier this year, sources familiar with the deal told Reuters, and started looking into a possible break up of the company.

Arqiva's portfolio consists of sought-after telecom towers as well as traditional broadcasting masts whose future is challenged by digital technologies and online streaming.

To keep the plan confidential, CPPIB and Macquarie avoided launching a full blown auction and entered bilateral talks with Cellnex during the summer, another source said.

The pair wanted to ensure Cellnex wouldn't be distracted by other upcoming tower disposals as Vodafone (L:VOD) announced in July plans to separate its own mobile mast operations in Europe into a new company.

Cellnex in turn wanted to sign a deal and secure the financing before the Brexit deadline on Oct. 31, the first source said.

Cellnex is seeking to raise 2.5 billion euros from its shareholders, offering 9 shares for every 31 shares held by investors at 28.85 euros each.

Shareholders representing about 36% of the company have already committed to taking up their share of the rights issue, and the deal is fully underwritten by the banks managing the deal, according to one of the banks.

A second banking source said the subscription period will run from October 11 to 25, allowing the deal to be priced ahead of the crucial Brexit deadline of Oct. 31.

Arqiva's Chief Executive Simon Beresford-Wylie said in a statement the deal provided "stability and a focus for our future" and that the company would focus on its broadcast infrastructure business.

Credit Suisse (SIX:CSGN) analysts said they saw scope for Cellnex to play a bigger role in building new towers in the expanding British market, which had four mobile operators and 4G coverage that was below the European average.

"We see (the) Arqiva portfolio as a good starting point for Cellnex to benefit from this growth," they wrote.

Beyond the Arqiva deal, Cellnex said it was boosting its resources to fund some of the other projects it has lined up, and was still looking for more purchases.

"Our aim is to consolidate and expand our position in the seven countries ... where we are present while still paying attention to projects that might come up in other European markets," Martinez said.

Lazard was sole adviser to Arqiva. 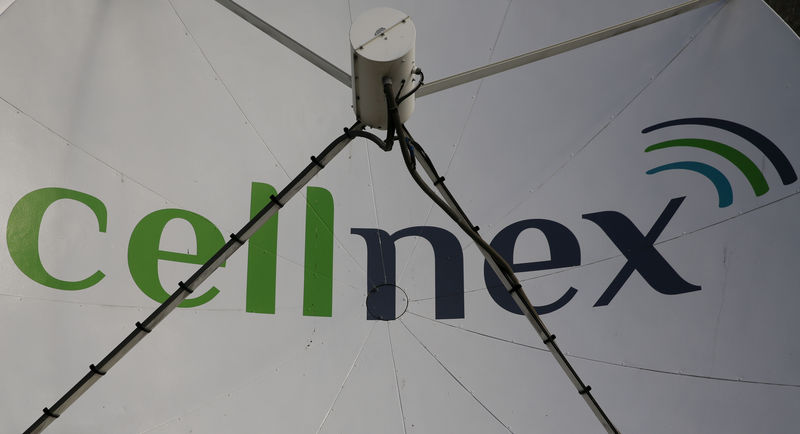