Fast forward a decade and SocGen's share price is at a record low and the bank's market capitalisation 78% lower than where it was when Oudea took over, after losses on complex investment products wiped out equity trading revenue in the first and second quarters of 2020.

"The current valuation of SocGen makes no sense," Oudea, whose term expires in 2023, told Reuters.

The bank's share price, which closed up 6.7% at 12.2 euros on Tuesday, gives it a market capitalisation of about 10 billion euros ($11.8 billion), around a quarter of that of rival BNP Paribas (PA:BNPP) and half that of Credit Agricole (PA:CAGR).

Oudea has responded to the latest set-back by overhauling the top management at France's third-largest largest bank and is once again focused on delivering lower risk growth.

The 57-year-old Parisian says that a revamped markets unit, coupled with an end to the European Central Bank's ban on dividend payments, which limits how banks can reward their shareholders, and a restructuring of SocGen's retail business can reverse the situation.

"The situation should be very different in three or four quarters," Oudea, who is the longest-serving current CEO of a major European bank, said during a meeting at SocGen's modernist twin tower offices in the La Defense district of Paris.

"We have recently confirmed our guidance to deliver improved performances in the second half, in particular regarding our equity business, and have launched a promising study to create a new leading retail bank in France," he said.

In 2010, Oudea said lowering risk meant "significantly reducing market risk" and strengthening its risk department. He has since succeeded in bringing down SocGen's Value at Risk (VaR), a measure of its trading exposures or a maximum amount of daily losses that could happen with a 99% probability.

But while SocGen filings show its quarterly VaR fell to 23 million euros on average in 2019, from 25 million in 2013 and 35 million in 2010, this year's blow-out has left some investors and analysts uncertain whether Oudea is near to finishing the job.

"The two recent quarters were a vivid example that their business model is probably not as balanced or stable as they wanted it to be," Olivier Panis, credit rating analyst at Moody's, said of SocGen's recent results.

Oudea has spent much of his tenure trying to make earnings at the investment bank and group levels less reliant on selling investors complex structured products linked to equities.

But tighter capital rules made growth in other areas like fixed income difficult, with equity derivatives remaining the one niche it commanded a sizeable market share in.

"They had a problem with structured products in Q2, but it was not compensated by the rest of the investment bank. That made a big contrast with other French banks' results," Guillaume Brisset, a partner and a fund manager at Clartan Associés which holds SocGen shares, said.

SocGen's equity trading revenue fell by 80% in the second quarter and was almost completely wiped out in the first, while JP Morgan (N:JPM) and Goldman Sachs (N:GS), the only two banks with bigger equity derivatives franchises according to Coalition data, both saw equity earnings surge.

But UBS analysts expect SocGen's equity trading revenue to rise by 20% in the third quarter, outperforming all of its peers, including BNP, JP Morgan and Goldman.

"Volatility remained elevated but without major spikes, typically a constructive environment for derivatives trading" UBS said in a note, adding that its top picks are Barclays (LON:BARC) and BNP, with SocGen its "least preferred" bank for European CIB (corporate and investment banking).

With limited chances of making traction in other areas of trading, Oudea is not planning to scale back equity derivatives. Instead he wants to sell the same amount of products in terms of billions of euros, but to focus on ones which carry less risk.

This means fewer of the products bearing exotic names that lost SocGen millions when companies cancelled dividends and stock prices tanked during the market sell-off in March.

SocGen will now offer alternative products where risks are easier to manage, but yields for investors will be lower.

"So we have already designed new products where ... we don't have this dividend risk," Oudea said during a banking conference last month, adding: "We will go probably for more single-asset products than products with correlation."

De-risking will only address part of the challenge which Oudea faces in his remaining years as CEO.

Oudea, who has been at the bank for 25 years, is credited with shoring up the capital base, its Achilles' heel after the 2008 crisis, and selling some non-core businesses.

Sources have also told Reuters that SocGen is gearing up for a sale of its asset management business Lyxor in a bid to cut costs. SocGen declined to comment on this.

While further asset sales and French retail restructuring will help on costs, they will do less to improve profit growth and scale and Oudea has said he would only take part in major deals as a buyer as European banking prepares for expected consolidation. 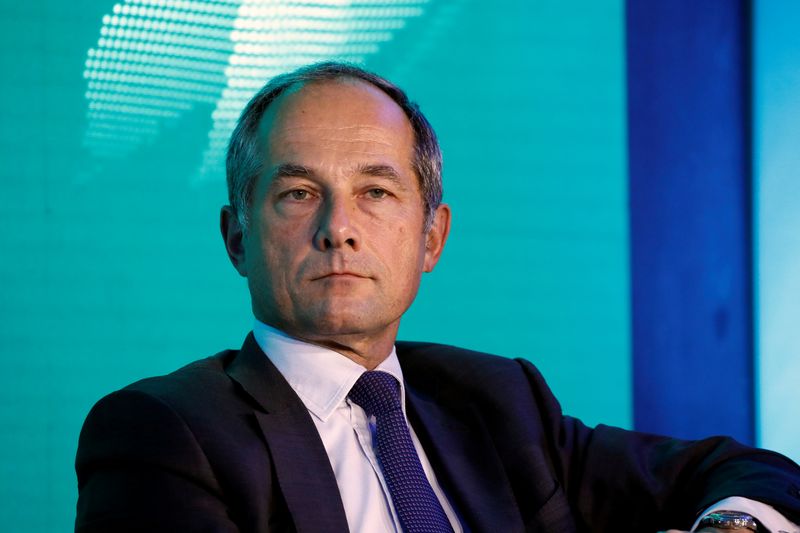 "It is somewhat stuck because it is too small and has therefore no room for manoeuvre. Many of its activities are of a sub-optimal size," Brisset at Clartan Associés said.