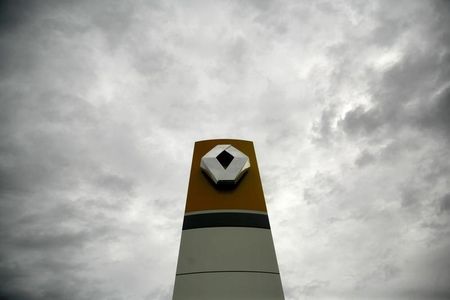 (Bloomberg) -- Renault SA (OTC:RNLSY) third-quarter revenue beat estimates, partly fueled by a surge in sales of its popular electric car model that the carmaker said will allow it to meet European emissions rules.

While revenue fell about 8% to 10.37 billion euros ($12.2 billion) in a period still marked by the pandemic, according to a statement Friday, it surpassed the 9.96 billion-euro average of estimates compiled by Bloomberg. The French manufacturer sold 6% fewer passenger cars and trucks overall during the period, while sales of the Zoe battery-powered model rose 150%.

The global health crisis has added to pressure on Renault (PA:RENA), which was already suffering from overcapacity in its factories and problems at alliance partner Nissan (OTC:NSANY) Motor Co. before the pandemic took hold. The beat in sales are in line with better-than-expected results from BMW AG, Daimler AG (DE:DAIGn) and Volvo Group, and a rise in overall European car registrations in September for the first time this year.

“This third quarter highlights the change in our commercial policy, which now focuses on profitability rather than volumes,” Chief Executive Officer Luca de Meo said in the statement, adding that it’s confident in liquidity reserves.

The company’s order were 60% higher at the end of September and inventories were down by about a fifth compared with last year.

While Renault doesn’t report earnings on a quarterly basis, it posted a record first-half loss due mostly to impairments and restructuring costs at Nissan. The partners in the alliance, which also includes Mitsubishi Motors (OTC:MMTOF) Corp., have embarked on plans to cut costs and jobs in a bid to turn around their flagging operations.

Renault’s new chief executive officer, Luca de Meo, has promised to unveil a strategic plan in January and overhaul the company’s portfolio. He has provided some clues in recent months with an expansion in the line-up of electric vehicles and a new focus on the Alpine, Dacia and Renault brands, along with new mobilities.

The Franco-Japanese car-making alliance has been trying to overcome damage wrought by the November 2018 arrest of Carlos Ghosn, who was chairman of all three companies. The partnership was meant to create a global powerhouse to compete against Volkswagen (DE:VOWG_p) AG (OTC:VWAGY) and Toyota Motor (NYSE:TM) Corp., but its aggressive strategy fixated on volume growth proved misguided when auto sales began to decline.

Renault has announced a plan to eliminate about 14,600 jobs worldwide and to lower production capacity by almost a fifth in a bid to cut costs by more than 2 billion euros.