WARSAW (Reuters) - Poland's anti-monopoly watchdog UOKiK said on Monday it had fined Gazprom 213 million zloty ($57 million/£43.44 million) (MM:GAZP) over a lack of cooperation in its proceedings with regard to the Nord Stream 2 pipeline project.

Poland sees Nord Stream 2, which would double Russia's gas export capacity via the Baltic Sea, as a threat to Europe's energy security, saying it will strengthen Gazprom's market dominance.

UOKiK has been examining the project for years. In 2019 it fined Engie 40 million euros (36.06 million pounds) for failing to provide documents and information relating to the case.

"At the beginning of the year, we requested Gazprom provide us with contracts concluded by its subsidiary with other companies financing the construction of Nord Stream 2," the head of UOKiK said in a statement. "The company failed to provide such information."

"To my mind, it is an intentional act, the aim of which was to obstruct the ongoing proceedings."

Gazprom said it had asked UOKiK to provide justification for that request, which it had not received. The Russian energy giant plans to appeal the fine in court, it said on Monday.

Russian President Vladimir Putin and Gazprom have said they plan to complete Nord Stream 2. More than 90% of the construction has been completed.

Gazprom supplies most of the gas consumed in Poland. Polish state-run gas company PGNiG (WA:PGN) has often complained it pays more than its European peers for Russian gas. 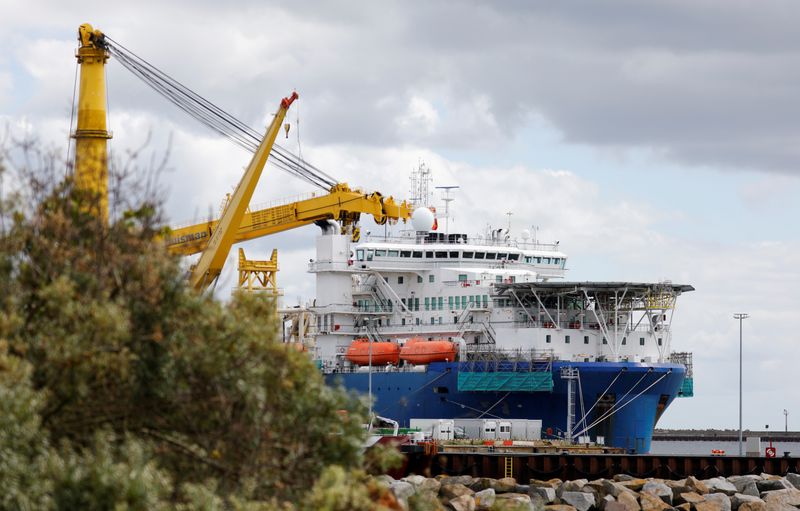 In July, Gazprom paid PGNiG the $1.6 billion the Polish company won in a pricing dispute and PGNiG chief executive said that Poland's relations with Gazprom were "becoming normal."

Eastern Poland - your two two behaviour to jeopardise your relationship with your eu counterpart favouring Trump and also not withstanding the fact that this same Russia you are fining is the source of your country’s electricty - same Russia that provides your country power. lately you are betraying your european counterparts for Trump - this is how eastern communist function - Trump taking advantage of your eastern knowledge of betrayal using you that of a low esteem poland an eastern block - suggests your mindset is mixed up- actually why were you accepted in the eu - there could be only for sense which is to probably bring you western common sense but you still have none- Trump is out in November definitely but Russian will block you earlier without electricity and therefore Germany, Austria and France will deal with you in the next comming meeting in which they will vote your country out of the eu - betrayer  ... (Read More)