By Dominique Vidalon and Gilles Guillaume

PARIS (Reuters) - PSA Chief Executive Carlos Tavares is confident a $50 billion (£40 billion) merger of the maker of Peugeot vehicles with Fiat Chrysler (FCA) will proceed as planned and deliver synergies of at least 3.7 billion euros (£3.3 billion).

The deal to create the world's fourth-largest carmaker has become even more vital because of the impact of the coronavirus crisis and to speed up cost savings, Tavares told PSA's (PA:PEUP) annual shareholder meeting on Thursday.

"The merger with FCA (MI:FCHA) is the best among the solutions to cope with the crisis and its uncertainties."

Global car sales have slumped as measures to contain the coronavirus pandemic forced production lines to shut and showrooms to close, with carmakers scrambling to conserve cash in the industry's worst since the 2008-09 financial crisis.

Tavares also played down fresh European Union antitrust scrutiny of the planned merger, adding that he was confident it would be finalised in the first quarter 2021 "at the latest".

"The timetable of the merger with FCA is being strictly respected," he said, adding that projected synergies of 3.7 billion euros from the deal was a "floor".

EU antitrust regulators last week began a four-month investigation into the deal, saying it may harm competition in small vans in 14 EU countries and Britain.

The two carmakers declined to offer concessions to allay EU concerns during its preliminary review of the deal, which has already received the green light in the United States, China, Japan and Russia.

Tavares said the "time has not come to discuss this issue" when asked if terms could be revised to reflect the downturn in the global auto industry, adding that the benefits of the deal must be appreciated over the long term and PSA was focused on the binding agreement with FCA.

PSA and FCA have however already revised one aspect of the merger. In May, they said that they would not pay their planned ordinary dividend on 2019 results, citing the negative impact of the pandemic. 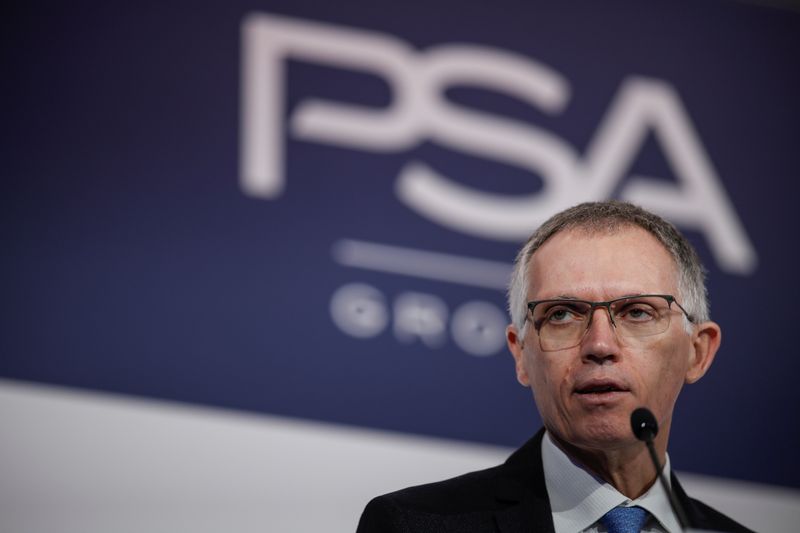 A 1.1 billion euro ordinary dividend for both FCA and PSA was announced in December as part of their agreement.