In an evening interview with Brazil's Record TV, Bolsonaro said he was told by Petrobras Chief Executive Roberto Castello Branco that while fuel prices set by the firm tend to follow international prices, the recent rise in oil prices was "atypical" and short-term in nature.

"I talked a little bit ago with Petrobras' CEO, Castello Branco," Bolsonaro said in televised remarks. "He told me that, as it's something atypical and that it appears it will end, he's not planning on adjusting fuel prices."

In response to a massive truckers' strike in May 2018, Brazil's government forced Petrobras to cut fuel prices, leading the firm's then chief executive, Pedro Parente, to resign in protest. That in turn sparked a major sell-off in the company's shares.

Investors ever since have been wary of possible political interference at Petroleo Brasileiro SA (SA:PETR4), as the firm is formally known.

Bolsonaro's government, which took power in January, has pledged a hands-off approach to the firm. But Bolsonaro is a relative newcomer to free market economics, and for decades had advocated interventionist policies as a federal congressman.

In a note to clients earlier on Monday, analysts at UBS led by Luiz Carvalho said the drone attacks on Saturday on Saudi Aramco facilities, which interrupted about 5% of the world's oil supply and sent prices soaring, would be a good test for Petrobras. 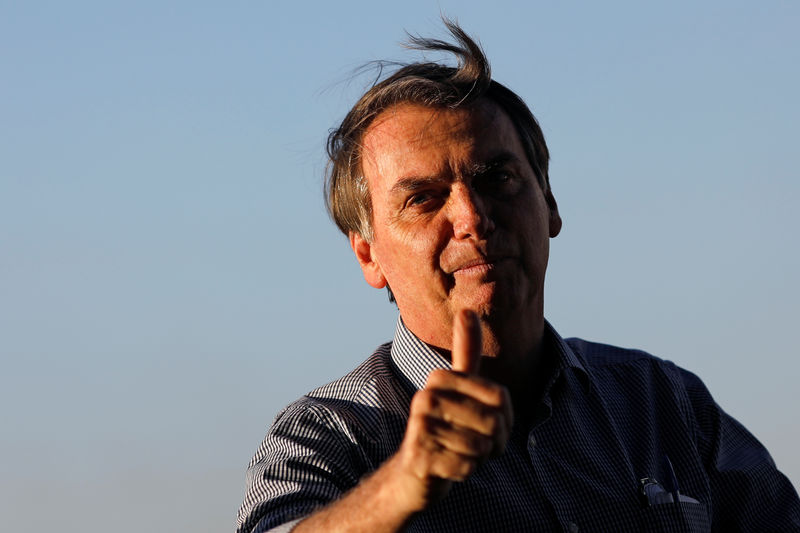 "Over the past years, we have seen several examples where the company was not able to follow international prices leading to significant losses in the refining business," the analysts wrote. "Current management has been able to implement a successful strategy so far and this event might be an important test on how solid the policy is."