With little clarity on when the U.S. economy will reopen, companies of all sizes have been bracing for at least months of limited revenues. With about $500 billion of corporate debt due to mature this year and in 2021, many businesses must conserve cash and bolster liquidity.

"Things are changing day to day," said Straface. His unit, headquartered in Rosemont, Illinois has already furloughed employees and slashed operating expenses, and he said: "We have to anticipate everything that could go wrong relative to our cash flow situation."

The picture was shakier for Lake Zurich, Illinois-based CCTY Bearing. The supplier of bearings to automakers and construction and agriculture equipment manufacturers, said it could face a problem if the economy remains shut even into May.

Forty-one states have ordered people to stay at home to contain the coronavirus outbreak. As a result, many of CCTY's customers are unable to take their deliveries.

If the gridlock persists, CCTY expects to have a 50% increase in inventory in May, locking up millions of dollars.

"I am having sleepless nights," said Evan Poulakidas, CCTY's director for North America.

At Hydro's North American extrusion unit, slumping revenues have boosted the need for working capital 15% over the past month, and the worst is yet to come.

The unit has projected that sales will dip by up to 30% in April and May, causing a "significant" jump in inventory.

To protect its cash balance, Hydro has furloughed about 10% of employees in the United States and Canada and asked all 23 facilities to cut operating expenses by as much as 20%.

If the situation worsens, Straface says the unit could consider "draconian" steps such as halting all the capital spending for the year, temporary plant closures and salary cuts.

United States Steel Corp (N:X) has slashed capital spending for the year and idled some operations.

David Berge, an analyst at rating agency Moody's, said "good and deep sources" of liquidity are needed to survive a prolonged disruption. Companies, therefore, have been racing to raise as much credit as possible.

The Federal Reserve last week announced it would expand its corporate bond-buying program, leading to a rally in prices of junk bonds. Matthew Miskin, co-chief investment strategist at John Hancock Investment Management, said while the move "can't stop companies from defaulting", it at least helps them manage borrowing costs.

A $350 billion government loan program for small businesses also offers a lifeline to those facing a liquidity crunch, but its rollout has been marred by confusion over funding terms.

The chief operating officer of HiberSense said the government loan could help the small startup, which sells internet-connected home climate control systems, stay afloat until business rebounds. COO Bob Fields, however, said the company was still waiting to hear back from its bank about the loan request.

The Pittsburgh-based company has been operating under a "Pandemic Survival Plan" after the virus-induced lockdown led to a 75% drop in revenues last month. $300,000 of its capital is tied up as customers are struggling to take deliveries.

When the first wave of stay-at-home orders hit HiberSense's operations, Fields hoped normal business would resume in a week. After that he knew the company needed a plan to survive. 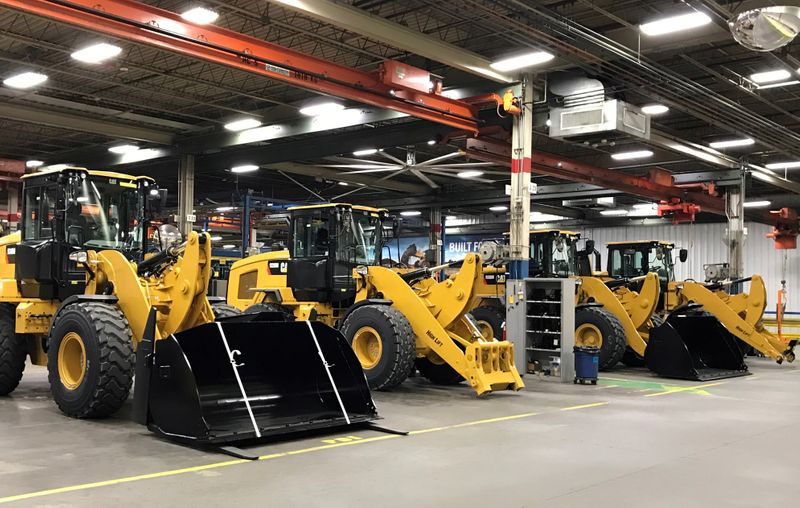 "We couldn't afford to spend money on hope," Fields said. "Hope is not a strategy."