(Reuters) - London-listed stocks fell sharply to fresh five-month lows on Tuesday as an increase in coronavirus cases outside China triggered a second day of selling across global markets.

The blue-chip FTSE 100 (FTSE) lost 1.9%, a day after logging its worst session since 2015 with reports of the virus spreading further, notably in Europe and Iran.

Only a handful of stocks ended the day in positive territory while banks, consumer goods and energy companies weighed the most on the UK blue chip benchmark.

With oil prices slipping below $56 a barrel and falling for a third day, heavyweights BP (L:BP) and Royal Dutch Shell (L:RDSb) took heavy losses and fell by about 2.2% each.

While European markets had made timid gains at the open, sentiment deteriorated through the session.

"The morning bounce in European markets and U.S. futures is a distant memory, as indices push to new lows thanks to the ongoing spread of the coronavirus", Chris Beauchamp, chief market analyst at IG commented.

Fears of a pandemic had wiped $1.5 trillion off the value of world equity markets on Monday.

"The colossal losses that were racked up yesterday encouraged some bargain hunting at the start of today’s session, but then old concerns crept in, hence why we are offside again", said analyst David Madden at CMC Markets UK.

Among the few stocks making it to the black on the FTSE 100 was insurer Prudential Plc (L:PRU), which ended the day flat after hedge fund Third Point amassed a stake of over $2 billion and called on the company to split into two.

Credit investor Pollen Street Secured Lending (L:PSSL) soared 6.7% to its highest since July 2017 after saying it was in talks with Waterfall Asset Management about a sale.

British engineer Meggit (L:MGGT) fell 5.1% after warning of the effect from the suspended production of Boeing's (N:BA) 737 MAX aircraft and disruptions from the coronavirus outbreak. 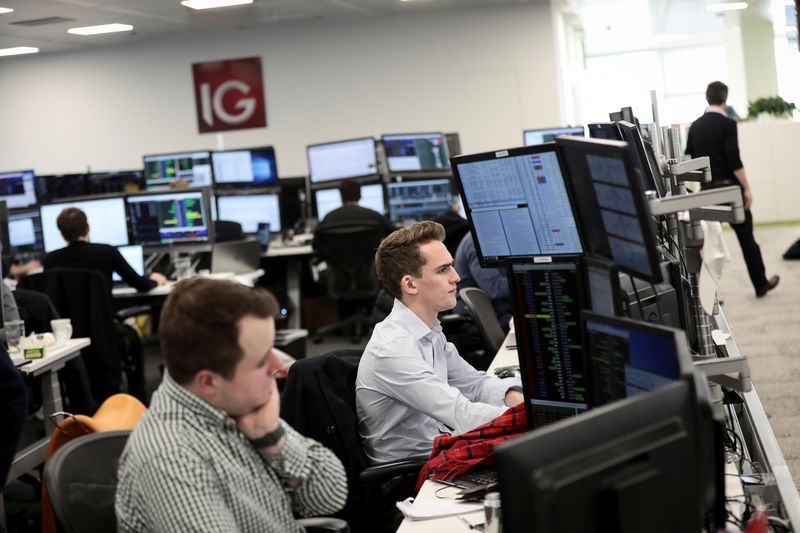 Building materials supplier SIG Plc (L:SHI) slid 18% to the bottom of the mid-cap index after saying it was replacing Chief Executive Meinie Oldersma as it seeks to stem a slide in its business caused by a weak European construction market.