By Amal S and Sruthi Shankar

(Reuters) - European stocks were set to end a four-week winning streak on Friday with small losses, as the prospect of tighter lockdowns in Germany and France as well as new COVID-19 restrictions in China cut into optimism about a global economic recovery.

German Chancellor Angela Merkel wants "very fast action" after the country saw a record number of deaths from the coronavirus, according to top officials from her party. The French government said it would strengthen its border controls from Monday and impose an earlier curfew from Saturday to curb the spread.

The pan-European STOXX 600 index fell 0.4%. The German DAX was down 0.4% and France's CAC 40 fell 0.6%. UK's FTSE 100 declined 0.4% despite data showing that Britain's economy recorded a smaller-than-expected contraction in November.

Mining and oil & gas sectors fell the most after China authorities put more than 28 million people under new lockdowns, raising concerns about demand from the major consumer of commodities.

The STOXX 600 rose to its strongest level in almost 11 months this week on hopes of a large U.S. fiscal stimulus package. U.S. president-elect Joe Biden outlined a $1.9 trillion proposal on Thursday, as expected, causing a mild retreat in riskier assets.

"Market positioning had been quite aggressive, so I suppose it is a pause for breath," said Roger Jones, head of equities at London & Capital.

"The rollout and the speed of vaccination is becoming increasingly important and the market is willing to look through a period of extended lockdown if it's a relatively short period."

German business software group SAP SE (DE:SAPG) rose 1.6% after it released preliminary annual results that came at the high end of guidance, but forecast a decline in operating profit in 2021. 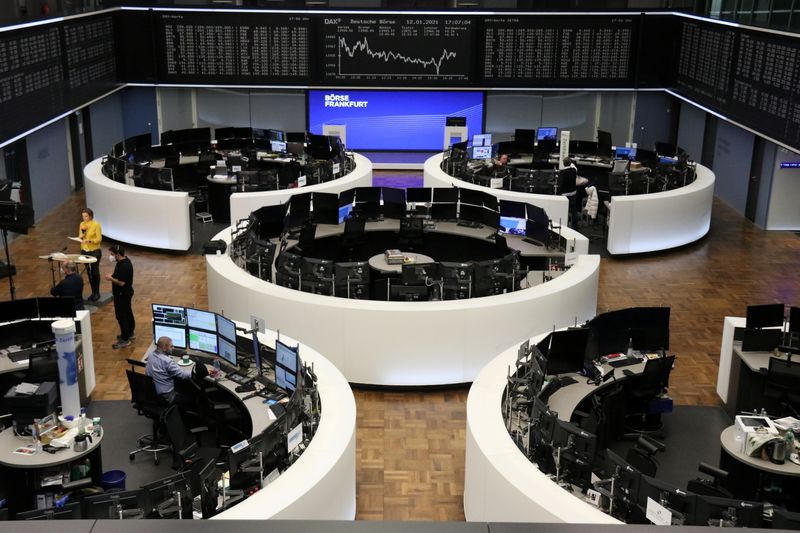