Although Japanese shoppers aren't alone in going online during the outbreak, the shift is remarkable for a country that had been expected to take years to embrace online food shopping because of a zeal for fresh and perfectly presented produce.

"I think that this pandemic has triggered an inflection point in the adoption of grocery e-commerce," said Luke Jensen, executive director of Ocado Group (L:OCDO), hired to build a grocery e-commerce business for Japanese retail giant Aeon.

Most companies won't disclose numbers, but retail executives and analysts estimate internet sales now account for about 5% or more of Japan's total grocery sales, compared with 2.5% before the pandemic.

Although that is still lower than some pre-crisis estimates of 15% in China and even 7% in broadband laggard Britain, it challenges a long-held belief that Japanese shoppers will always on shopping daily and in person, checking the goods first-hand.

Although fears of shortages have subsided, online deliveries have made it easier as she works from home, making three meals a day for her family, including her 3-year-old son. She's also happy to avoid stores amid fears of infections.

"There's no need for face-to-face, dealing with registers, or standing in line," she said, adding that she's also persuaded her parents to go online. "They were shopping every day in the supermarket, and I really didn't want them to."

As more households have two people working, analysts say, people want to spend less time shopping. But they still have exacting standards for service and produce quality, which have perplexed previous foreign entrants such as Carrefour (PA:CARR) and Tesco (L:TSCO).

Such changes are closely watched as Japan is one of the world's most valuable grocery markets, worth over 50 trillion yen ($466.42 billion) a year. Per capita, only countries such as Switzerland, Norway and Israel spend more on food.

Major Japanese supermarkets, despite talking about online services for years, have only recently begun large-scale spending on e-commerce infrastructure.

Most have struggled to meet the spike in demand, and would-be-shoppers on Twitter have complained of difficulty securing delivery slots throughout the crisis.

But the first of those warehouses won't start operating until 2023. In the meantime, Aeon said it is hiring more staff to help pack online grocery orders, although it is having difficulty hiring more delivery drivers.

Despite such constraints, Aeon expects online grocery sales to grow 50 percent and account for about 10 percent of sales by the end of its financial year ending next February, according to company executives.

That is not an official target unveiled to investors, but the company confirmed President Akio Yoshida, who was appointed to the top job in March, set it as a goal.

Executives expect the shift to last.

"When people increase their use of online, they stay with it rather than going back. In Japan we'd expect there to be a step up in the growth of e-commerce," said Ocado's Jensen, who is also chief executive of the group's Ocado Solutions technology business.

SMART WAREHOUSES VS MOM AND POP

Analysts say the shift is also likely to favour bigger retailers who can invest in high-tech warehouses capable of handling large volumes rather than just having store staff pick items from retail shelves and package them for delivery.

That could put smaller supermarkets and mom-and-pop stores, already struggling to match the likes of Aeon and Ito-Yokado in pricing, at a further disadvantage.

But Violetta Volovich, who has researched global grocery industry trends for e-commerce consultancy Edge by Ascential, said remote and costly high-tech fulfilment centres were not the answer for all retailers.

Instead, she envisions many retailers adopting automating more jobs in existing brick-and-mortar stores and embracing features such as "click and collect", in which shoppers pick up online purchases at the stores.

She also said the rise in food e-commerce didn't mean an end to traditional grocery shopping. 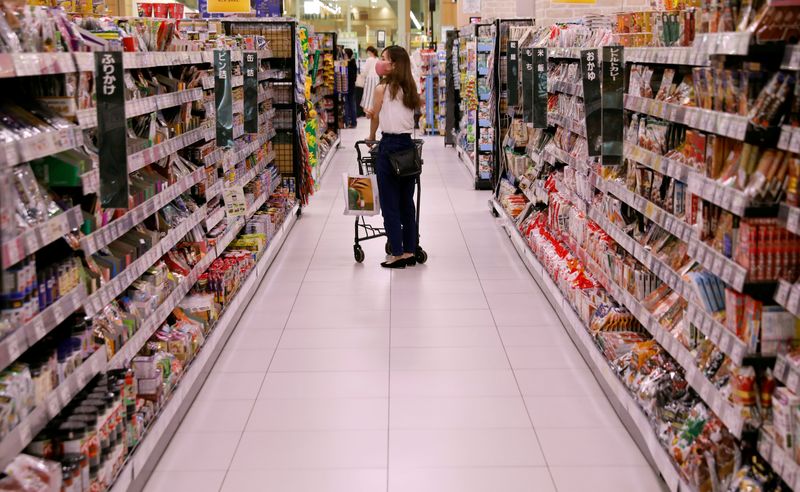 "Just because people get pizza delivery doesn't mean they will stop going to pizza restaurants," she said.