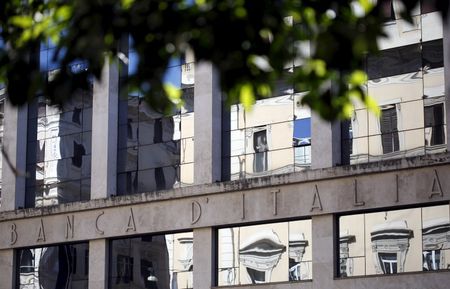 MILAN (Reuters) - Italy's doBank (MI:DOB) plans to take on the management of a further 15 billion euros (12.83 billion pounds) in bad loans by 2020 as it strives to preserve its sector leadership amid rising competition.

With 77 billion euros of assets under management at the end of 2017, doBank is the top debt collector in Italy, where a deep recession that ended in 2014 has turned the country into the largest European market for soured bank loans.

DoBank, which has a banking licence but makes most of its revenues from debt recovery, said on Tuesday it would reorganise its business to free itself from the capital constraints to which banking groups are subject.

The group, which also operates in Greece, is aiming to increase its revenues by an average of 8-9 percent a year in 2017-2020, and generate annual core profit growth of more than 15 percent.

DoBank, 50.1 percent owned by a vehicle of U.S. fund Fortress Investment Group, said it wanted to pay out as dividend at least 65 percent of its group income over the plan period.

Competition in Italy's debt servicing industry has increased in recent years as foreign investors snapped up collection firms to gain a footing in a soured loan market that peaked at 360 billion euros in 2015-2016.

DoBank started trading on the Milan bourse roughly a year ago, after an initial public offering that valued the company at 704 million euros. Its market value has since risen to around 880 million euros.

At 0813 GMT, shares in doBank were down 0.8 percent, broadly in line with the Milan market (FTITLMS).