'Gold rush': Race is on for health data in East Europe's frontier market

'Gold rush': Race is on for health data in East Europe's frontier market

By Gergely Szakacs and Alicja Ptak

BUDAPEST/WARSAW (Reuters) - Eastern Europe is a new frontier for private medical care, and insurers and tech startups are racing to steal a march on their rivals by harnessing the region's health data.

Growing numbers of people in Eastern European states, from Hungary and Poland to Romania, are turning to private health. The shift is being driven by rising wages, coupled with low public health spending which has often led to staff shortages and long waiting times for tests and surgery.

"Data is the foundation of the future," said Gabriella Almassy, general manager of VIG's Hungarian division, adding that data would be key to identifying where profits can me made in the region's increasingly competitive health insurance market.

To that end, many insurers are teaming up with technology companies such as Polish startup Infermedica, whose software analyses anonymised health information to provide preliminary diagnoses.

"We are seeing a health data boom that resembles the financial data boom from 10-15 years ago when the banking sector changed a lot," said Maciej Malenda, head of partnerships at Infermedica, which works with PZU and Allianz.

"Calling it a gold rush is perfectly accurate."

PZU, the region's biggest insurer, said it was also looking into dozens of other startups to help it expand its health business.

Health data is an increasingly coveted prize for insurers and technology companies globally.

The trend was illustrated by Google's (O:GOOGL) plans to buy fitness-tracker maker Fitbit (N:FIT) for $2.1 billion, announced late last year. The deal will bring the web giant a rich trove of data gathered by millions of Fitbit devices, which monitor users' daily steps, calories burned, heart rate and sleep quality, among other things.

Fitbit has already partnered with insurers, and analysts say much of its value may now lie in its health data.

Executives say a scarcity of data can make it difficult, or unwise, to identify trends and complicates the pricing of risk. They stress that it could take several years before investments in data collection and analysis pay off, although they declined to disclose spending figures, citing commercial sensitivity.

Attila Hevesi, a product development manager at Generali's Hungarian division, said there was no comparison between the quantity and quality of data available for health insurance and, for example, car insurance.

"The two are not on the same page," he said. "It is like a dolphin versus a blue whale. But maybe even a dolphin is an exaggeration."

In an illustration of the thinking of big insurers, Hevesi said Generali had struck a big health insurance deal with a large employer which could end up being loss-making, but it was willing to take the risk to build up its trove of patient data in the emerging Hungarian market.

He declined to give details about that deal, but said Generali was incrementally improving its pricing in Hungary as a result of data-gathering.

"Today, we are pricing based on clients' data used for life insurance," said Kooperativa board member Filip Kral.

However the risks of handling sensitive health information were illustrated in October when Hungary's National Institute of Pharmacy and Nutrition was hacked, with the data of thousands of patients leaked from pharmacies and drug wholesalers.

Elsewhere in Europe, a British hospital trust was rapped by privacy authorities two years ago for misusing data, after it passed on personal information of around 1.6 million patients to AI firm Google DeepMind.

Despite the potential pitfalls, however, many insurers looking to carve out a niche in Central and Eastern Europe's health market have little choice but to embrace data-gathering to improve pricing and profitability.

VIG, for example, is planning to steer many Hungarian customers to a self-service online platform this year, which would give the company more granular data on how patients use private health services.

In the first nine months of 2019, VIG's health insurance premium volumes rose to 513 million euros, with 62% of that coming from Austria and the rest from Central and Eastern Europe - but the group is banking on the latter to underpin its business in coming years, according to spokesman Wolfgang Haas. 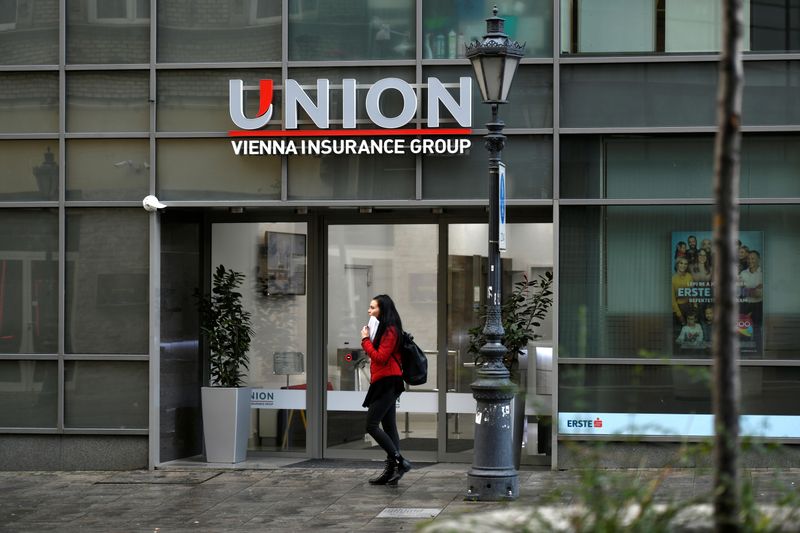 "This is where we see the greatest potential for the future."