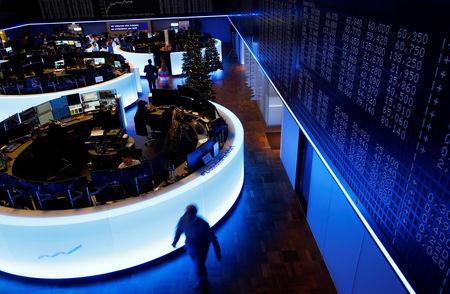 (Reuters) - A sell-off in global risk assets drove European equities to near three-month lows on Thursday, as the absence of fresh stimulus for the U.S. economy and a second wave of coronavirus cases raised fears of a slowing global recovery.

The pan-European STOXX 600 index (STOXX) fell 0.8%, recovering slightly after hitting its lowest level since June 26, while bourses in Frankfurt (GDAXI), London (FTSE) and Paris (FCHI) were down between 0.3% and 0.6%.

"There's a lot of profit taking happening in the tech names. It's not being helped by the prospect of U.S. elections, Brexit and increasing infection rates on top of that," said Will James, deputy head of European equities at Aberdeen Standard Investments in London.

France become the latest European country to reimpose curbs with the government unveiling a map of coronavirus "danger zones" and giving the hardest-hit local authorities days to tighten restrictions or risk having a state-of-health emergency declared there.

British cinema operator Cineworld (L:CINE) slumped 13.7% as it swung to a loss and said it may have to raise more money if pushed to shut its theatres again due to government curbs on social gathering.

However, losses in German markets eased after an economist at the Ifo economic institute said the German industry is recovering and its export expectations have improved significantly.

Online payments company Adyen (AS:ADYEN) fell 1.4% after it said co-founder Arnout Schuijff would step down from its management board as of Jan. 1.

French utility Suez SA (PA:SEVI) fell 4% after rival Veolia's (PA:VIE) CEO said the company will not rule out increasing the price it has offered for a stake owned by Engie (PA:ENGIE).

Suez sees Veolia's bid plan as hostile and is working on finding a consortium of investors to put together a rival bid for Engie's stake. 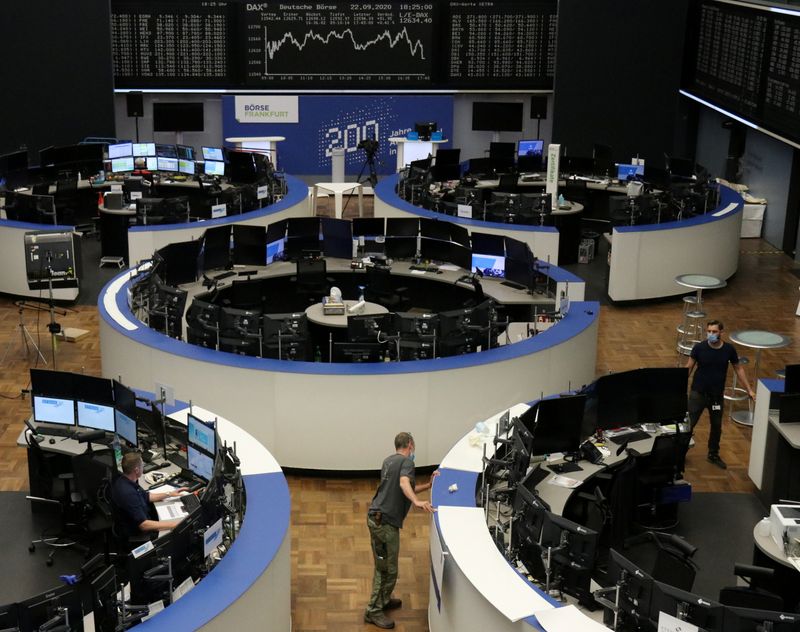 However, the utilities (SX6P) and real estate (SX86P) indexes, among the so-called defensive sectors which tend to find favour during economic uncertainty, rose slightly.