(Reuters) - UK blue-chips edged higher on Wednesday, buoyed by hopes of monetary stimulus from central banks as economic growth slows because of a protracted U.S.-China trade war, while signs of a thaw in the dispute provided some relief to investors.

Asia-facing financials and mining heavyweights (FTNMX1770) were powering gains for the main bourse after a report said China will introduce important measures to ease the negative impact of the trade war with United States.

The European Central Bank is widely expected to cut interest rates in this week's policy meeting, while the U.S. Federal Reserve is seen following suit next week as a stretch of weak economic data have stoked fears of a recession.

"I wonder whether investors have positioned themselves to be disappointed," Oanda analyst Craig Erlam said in relation to some aspects of an expected stimulus plan from the ECB.

Some news working in favour of multinational stocks was a move from China to exempt 16 types of U.S. products from additional retaliatory tariffs.

Consumer goods giant Unilever (L:ULVR) and the world's biggest spirits company Diageo (L:DGE), which pocket a major chunk of their earnings in U.S. dollars, inched down as sterling rose ahead of a speech from opposition party deputy leader Tom Watson.

He is expected to demand that the Labour Party campaign against Brexit and push for a referendum to reverse the planned departure before any election.

While weakness in the pound helped the main index notch back-to-back gains in June and July, the local currency has recovered in recent weeks as parliament took steps to prevent a chaotic no-deal Brexit.

In results-driven gains, Galliford Try (L:GFRD), which this week said it has restarted talks to sell its housing units to Bovis Homes (L:BVS), rose 2.1% after reporting strong margins at Linden Homes despite Brexit-induced weakness in the market.

Smaller companies recorded some sharp moves, with Capital & Regional (L:CAL) jumping 7% after the company said Growthpoint Properties was in talks to buy a majority stake, and Gulf Marine Services (L:GMS) plunging 12.6% to a life low after delaying results. 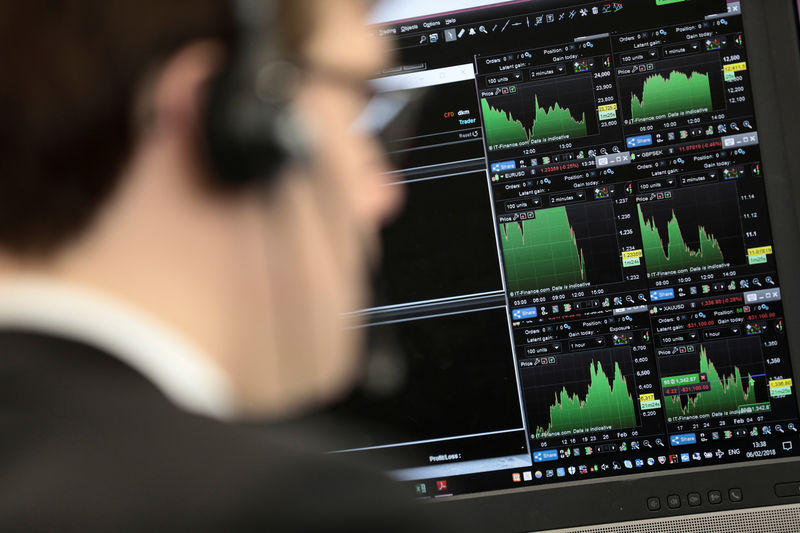 Pharma services provider Consort Medical (L:CSRT) fell 4.2% after saying it expected a bigger-than-expected hit to its annual operating profit from a chemical incident at its Cramlington facility.