By Lisa Baertlein and Sanjana Shivdas

Shares of the package delivery company tumbled almost 10% in extended trading after profit in its latest quarter fell short of Wall Street's goal.

Executives called out economic woes in Asia and Europe as well as the loss of Amazon, a "large customer."

"Our performance continues to be negatively impacted by a weakening global macro environment driven by increasing trade tensions and policy uncertainty," said Chief Executive Frederick Smith, who for the first time on a company conference call, acknowledged that Amazon had emerged as a shipping rival.

The comments from Memphis, Tennessee-based FedEx came as global retailers are gearing up for the all-important holiday shopping season.

While FedEx has been grappling with its own challenges - particularly the costly and lengthy integration of its European TNT business - it is broadly seen as a bellwether for the global economy and the broader logistics sector. Shares of rival United Parcel Service Inc (N:UPS) fell 2.4% after the report.

FedEx now expects adjusted earnings of $11 to $13 per share for full-year 2020 ending May 31. Analysts on average had expected a profit of $14.69 per share, according to Refinitiv IBES estimates.

Analysts on average had expected earnings of $3.15 per share.

While global trade is down, "I think a lot of it is a FedEx problem," Cathy Morrow Roberson, founder of consulting firm Logistics Trends & Insights, said of the disappointing results.

FedEx is responding with a new round of cost cuts - including reducing services in its global FedEx Express air network after the holiday season. The shipping also will retire and ground dozens of planes, executives said.

"We think their legacy Express Air segment is a bit pudgy right now," said Miller, who added he would like to see FedEx redeploy resources to bolster delivery for the growing e-commerce segment. 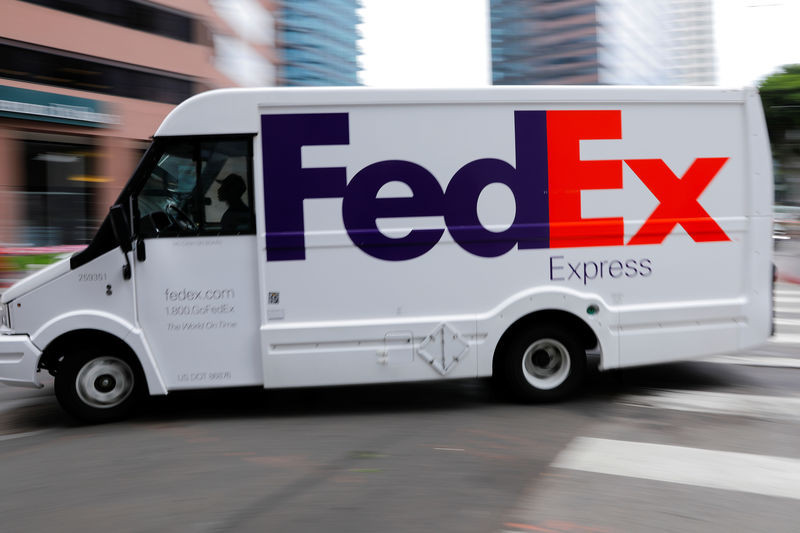