By Tom Käckenhoff and Christoph Steitz

Thyssenkrupp Uhde Chlorine Engineers (TKUCE) is currently part of Thyssenkrupp's Plant Technology division, which makes equipment for mining, chemicals and fertiliser plants and has been put up for sale.

A 66-34 joint venture of Thyssenkrupp and Italy's De Nora

The business will now likely be retained to help Thyssenkrupp build a strategy around hydrogen, the people said, citing plans by the European Union to push production of the fuel via renewables.

Thyssenkrupp, which will publish annual results on Nov. 19, declined to comment.

TKUCE could fetch a valuation of more than 1 billion euros (897.7 million pounds) in a strategic deal or initial public offering "as long as a constructive growth case can be struck", Deutsche Bank (DE:DBKGn) has said.

Deutsche Bank in August said it was "surprised" that Thyssenkrupp had transferred TKUCE to its Multi-Tracks division, which comprises businesses for which the conglomerate sees no sustainable future prospects within the group.

"Given likely significant investments into hydrogen capabilities over the next few decades in order to meet climate targets and facilitate the energy transition, we believe that this asset could develop significant strategic value," it said.

TKUCE gets contracts worth more than 40 million tonnes of chlorine a year for both chlor-alkali and hydrochloric acid electrolysis plants.

While views differ over whether the hype around hydrogen is real, Germany has dedicated 9 billion euros to help create a national hydrogen industry, with firms such as RWE (DE:RWEG) and E.ON (DE:EONGn) pinning hopes on the technology.

One of the people said that potential suitors for Plant Technology were asked to submit bids by the end of November after the sales process, run by Citi (N:C), was delayed due to the coronavirus crisis.

Interest for parts of the unit is expected to come from Denmark's FLSmidth (CO:FLS) and Sweden's Sandvik (ST:SAND), sources have said. 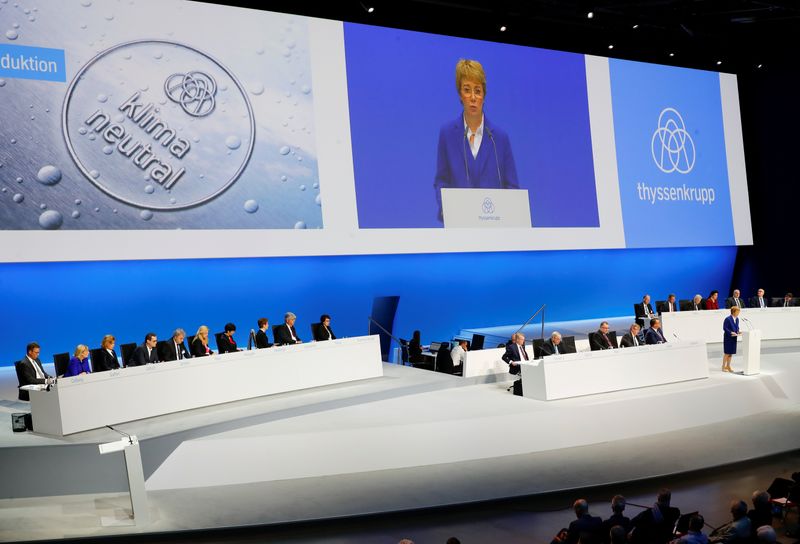