Barclays Africa's parent, Barclays Plc (L:BARC), wants to reduce its holding to below 20 percent, which would make it an equity investment rather than a subsidiary. The plan is part of a broader sale by the British bank of its African assets as it shifts to focus on the United States and Britain.

Public Investment Corporation (PIC), the second-biggest shareholder in Barclays Africa with a holding of about 7 percent, could buy at least an additional 31 percent stake, the sources indicated. They would not elaborate on the exact stake size or the timing or logistics of the purchase.

"PIC has always looked at Barclays Plc's retreat as an opportunity to create a black-owned bank, but there aren't many people with deep pockets to make that happen," one of the sources said.

"But PIC on its own can buy to a level where Barclays will be able to deconsolidate it and has approached the Reserve Bank for ways to go about it."

Barclays Plc trimmed its interest in its African unit to 50 percent, from 62 percent, in May.

The British bank wants to reduce its holding in the African unit to an equity investment because under its current ownership it has to fully allocate capital to the business but gets less than two-thirds of its profits.

Another source said PIC was also open to teaming up with an international investor - who would be prepared to meet government quotas on black ownership - to line up cash for Barclays Plc's remaining 50 percent stake, which is worth around $4 billion at current prices.

The central bank has already said it would not look kindly on a private equity company investing in any South African bank as it favours long-term strategic investors.

PIC was the biggest investor when Barclays Plc sold a 12.2 percent stake in the African unit in May, taking one-tenth of the shares sold, or an additional 1.2 percent holding.

PIC is not the only investor looking at the British bank's sale of part of its interest in Barclays Africa, which vies for market share with Standard Bank (J:SBKJ), Nedbank (J:NEDJ) and FirstRand (J:FSRJ) across the continent.

Sources with knowledge of the matter told Reuters in September that former Barclays Plc chief Bob Diamond was still looking to acquire the remaining 50 percent via his investment vehicle Atlas Merchant Capital.

As well as trying to find a buyer for the Africa business, Barclays retains the option to sell its shares in Barclays Africa in chunks via a so-called accelerated book build, or in the open market via the Johannesburg stock exchange. 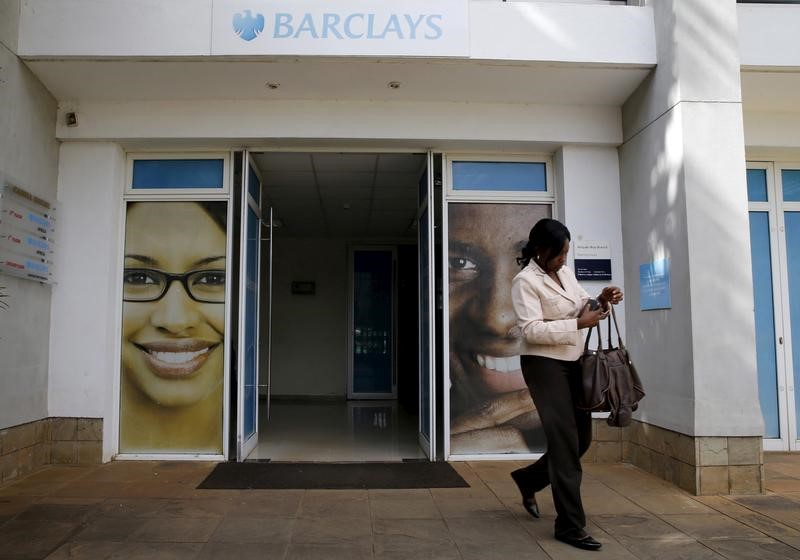