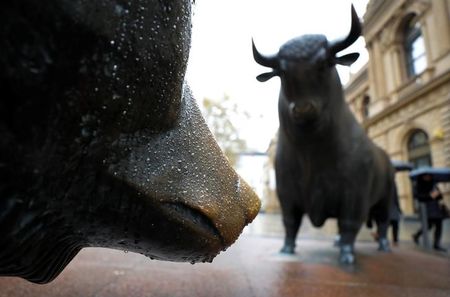 (Reuters) - Technology stocks pushed European equities to a one-week low on Monday as investors fled from riskier assets after another exchange of blows between the United States and China over trade at the end of last week.

U.S. President Donald Trump on Friday hit back at a new round of Chinese tariffs by heaping an additional 5% duty on some $550 billion in targeted Chinese goods and demanded that U.S. companies move their operations out of China. [nL4N25J3II]

Losses in Europe were not as dramatic as those in Asia overnight, after Trump on Monday said China had contacted U.S. trade officials overnight to say they wanted to return to the negotiating table.

"It's exactly according to our base case scenario which is that trade war will continue to escalate, that's also the reason why we don't put too much value to the latest comments," said Teeuwe Mevissen, a senior market economist at Rabobank.

"We don't see a solution in the short term."

Trading volumes were thinned out by a UK holiday (FTSE), but the declines were broad-based, with the technology index (SX8P), the most exposed to tariffs, the biggest loser with a 0.59% fall.

European stocks have been volatile throughout August and worries the U.S.-China conflict will force the economy into recession currently have the STOXX on course to lose around 4%. On the other hand, investors continue to expect major central banks to step in to counter the impact.

Federal Reserve Chair Jerome Powell on Friday pledged to "act as appropriate" to keep the U.S. economy healthy, although he stopped short of committing to rapid-fire rate cuts. 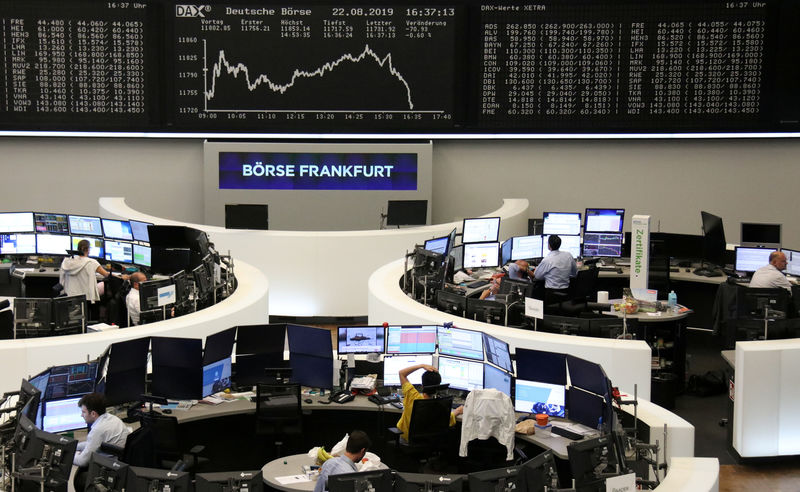