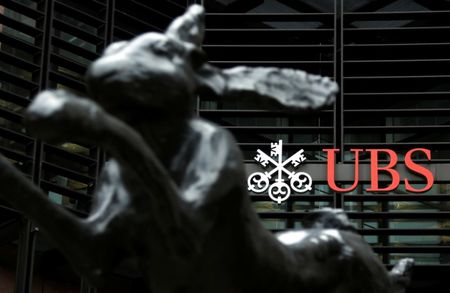 Investing.com - European stock markets traded mixed Tuesday as losses due to worries about the impact of the Covid-19 surge and doubts over U.S. stimulus were mitigated by positive corporate news, including from banking giant UBS.

Europe has been hardest hit with the second wave of the Covid-19 virus, with new cases growing at over 150,000 a day. Ireland late on Monday declared a six-week lockdown of non-essential businesses in the latest indication that European authorities are struggling to bring the virus back under control.

The number of new cases in the United States last week also rose 13% to more than 393,000, approaching levels last seen during the summer peak, according to a Reuters analysis.

Even with these numbers, most investors doubt U.S. lawmakers will reach a stimulus deal ahead of a Tuesday deadline imposed by House Speaker Nancy Pelosi, as the gap between what the two parties are offering is still too wide, and the bad feeling too deep seated.

Still, the early weakness on European stock exchanges--back up and running smoothly after Monday’s mishap--has been largely mitigated by some strong earnings news.

In the U.K., Reckitt Benckiser (LON:RB) stock rose 1.8% after saying that its third-quarter revenue rose thanks to its disinfection business. It also raised its full-year guidance for net revenue growth.

On the flip side, BMW (DE:BMWG) stock fell 0.6% despite the German car manufacturer posting strong third-quarter free cash flow numbers for its automotive division. It had already said unit sales rose 8.6% in the quarter.

Oil prices weakened Tuesday on continued worries about the demand for oil going forward, particularly in the large oil-consuming nations in Europe and the U.S. A meeting of the OPEC+ bloc on Monday gave no clear indication that the world's biggest exporters were about to delay their scheduled output in January.

Traders will be watching for crude and product inventory data from the American Petroleum Institute later on Tuesday, with analysts expecting U.S. oil and distillate stockpiles to have fallen in the latest week.