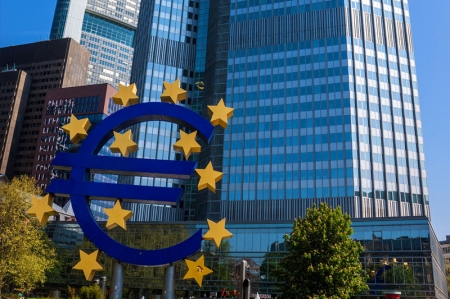 Investing.com - European stock markets pushed higher Wednesday, with investors keeping a watchful eye on U.S. political developments as well as the progress of the coronavirus pandemic.

U.S. TV networks called one of the runoffs for Georgia's two seats in the U.S. Senate for Democrat Raphael Warnock, while election prediction services such as Decision Desk HQ indicated that Jon Ossoff was also on course to unseat Republican David Perdue. The results are expected to be announced later Wednesday. These votes are seen as crucial in deciding whether President-elect Joe Biden enjoys full control of Congress or faces stiff opposition to his plans.

A win for the Democrat pair would likely result in more stimulus and tax hikes as well as greater corporate regulation. However, a win for either or both of the incumbent Republican candidates would mean a much more difficult path for Biden’s agenda.

Back in Europe, the European Medicines Agency is expected to give its assessment of Moderna’s coronavirus vaccine later Wednesday.

A new strain of the Covid-19 virus has forced the U.K. to enter another national lockdown earlier this week, while Germany on Tuesday extended its own lockdown until Jan. 31.

The U.K. has approved the use of both the Pfizer/BioNTech and AstraZeneca/Oxford University drugs, and its vaccination campaign is proceeding relatively quickly. However, the rest of Europe has been slower in implementing its program.

In corporate news, Michelin (PA:MICP) stock rose 0.7% after the French tire maker said it would cut up to 2,300 jobs over three years as part of a new cost-cutting plan.

Turning to economic data, the major release will be the final European composite PMI number for December, while French inflation disappointed, coming in flat on the year, but consumer confidence came in ahead of expectations for December.

U.S. crude oil inventories dropped by 1.7 million barrels in the week to Jan. 1, data from industry group the American Petroleum Institute showed on Tuesday. Official data is due later Wednesday.

U.S. crude futures traded 0.5% higher at $50.16 a barrel, while the international benchmark Brent contract rose 0.9% to $54.06. Both contracts climbed late Tuesday to their highest levels since February last year.