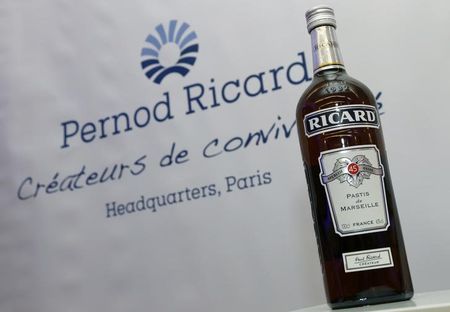 U.S. manufacturing indicators pointed to an expanding sector on Tuesday, with the reading from the Institute for Supply Management hitting its highest level in nearly two years.

Eurozone manufacturing activity also grew last month, despite Spain slipping back into contraction, while Chinese factory data signaled rising global demand for exports, a sign the world economy is recovering from the pandemic.

This broad picture of growth has meant that the market has paid little attention Wednesday to the news that German retail sales fell 0.9% on the month in July, after a revised drop of 1.9% in June.

In corporate news, Barratt Developments (LON:BDEV), Britain's biggest housebuilder, climbed 5.9% after it flagged an improvement in forward sales, despite reporting a substantial fall in annual housing completions and revenue.

Pernod Ricard (PA:PERP) rose 1.8% despite booking a 1 billion euro impairment for its fiscal year as sales plunged during the pandemic-inspired shutdowns. Helping the stock was its inclusion into the blue chip Euro Stoxx 50 as part of the index’s rebalancing.

Investors will also be keeping a close eye on the ADP (NASDAQ:ADP) Research Institute’s August jobs report in the U.S., due at 8:15 AM ET (1215 GMT), ahead of Thursday’s weekly jobless claims and Friday’s official U.S. monthly employment report.

Investors will now look to the Energy Information Administration’s release later in the session to see if it paints a similar picture.