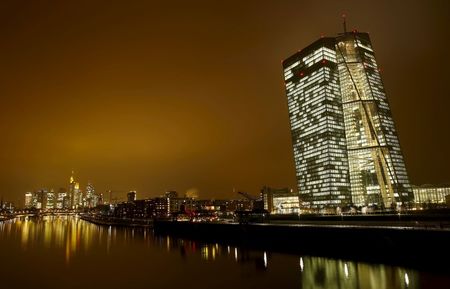 Investing.com - European stock markets sold off Thursday, as investors fretted about the lack of progress in the talks over a new U.S. stimulus package, German consumer sentiment fell and the region’s earnings season continued apace.

Optimism surrounding the potential for a new coronavirus relief package dissipated late Wednesday after President Donald Trump accused Democrats of being unwilling to come to an acceptable compromise over the size of the package.

Meanwhile, the second wave of European Covid-19 cases is weighing on German consumer confidence, according to market-research group GfK, its forward-looking consumer-sentiment index fell to minus 3.1 points in November from a revised minus 1.7 points in October.

Around three-quarters of consumers currently assume that Covid-19 poses a major or very major threat, and about half are concerned or very concerned about their personal future, GfK said.

Europe has seen Covid-19 cases climb to a record high, with Spain becoming the first Western European country to exceed one million infections and Italy and Germany setting a record increase in daily cases. Despite that, data from the U.K.. another country with sharply rising infections, suggest that improved hospital treatments have significantly reduced mortality rates in the current wave.

In corporate news, IAG (LON:ICAG) stock slumped 5% after the airline group, which owns British Airways, reported a 1.3 billion euro loss in the third quarter, adding that it no longer expects to break even in cash flow terms in the fourth quarter as it cut its capacity outlook for the rest of the year.

Unilever (NYSE:UL) stock fell 0.4% despite the retailer’s third-quarter underlying sales rising thanks to growth in hand and home hygiene products.

It wasn’t all bad news though. Pernod Ricard (PA:PERP) stock rose 1.3% after the French drinks maker said it expects a return to growth in the second half even as sales fell by 6% during the first quarter of fiscal 2021. Luxury goods group Hermes (PA:HRMS) also returned to sales growth in the third quarter in constant exchange rates.

Oil prices rebounded slightly Thursday, after suffering heavy losses during the previous session as official gasoline inventories add to worries about the outlook for fuel demand given the surge in Covid-19 cases.

U.S. crude futures traded 0.1% higher at $40.06 a barrel, after dropping 4% Wednesday, while the international benchmark Brent contract rose 0.3% to $41.86, after falling more than 3% the previous session.