(Reuters) - European shares rose on Friday, with London stocks outperforming due to a weaker pound, while hopes of a quick resolution to the U.S.-China trade war offset worries of slowing economic growth and rising political risks.

The United States and China are prepping for another round of high-level trade talks scheduled for Oct. 10 and 11 in Washington, aimed at resolving their near 15-month long trade dispute.

The European basic resources sector (SXPP) jumped 1.4%, powered by a rise in shares of Norwegian aluminium company Norsk Hydro (OL:NHY), which gained 1.9%, after a Brazilian court lifted its final production embargo on the company's key plant. 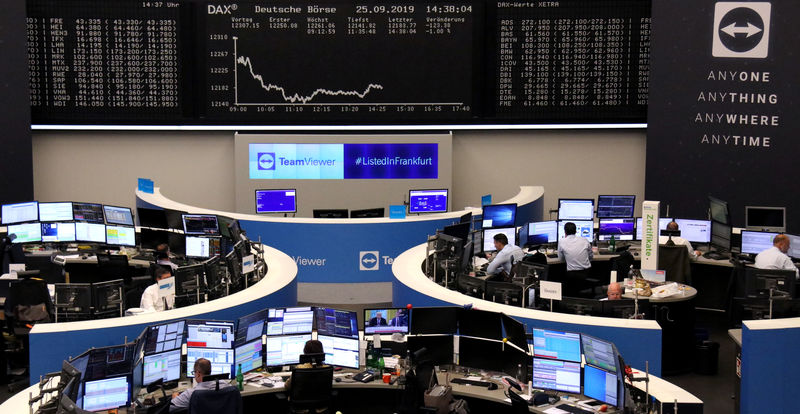 Tech stocks (SX8P) edged 0.1% higher, posting some of the smallest gains among the major European sub-sectors.