(Reuters) - European shares rose on Monday with investors turning their focus to earnings, while remaining hopeful that Britain would be able to avoid a disorderly exit from the European Union.

British Prime Minister Boris Johnson will again try to put his Brexit deal to a vote in parliament later in the day after he was forced by his opponents to send a letter seeking a delay from the European Union.

London's FTSE 100 (FTSE) lagged as the pound recovered from its earlier losses to climb higher.

"Mostly, the expectation is that they'll cobble together some sort of a deal, said Will James, senior investment director, European equities at Aberdeen Standard Investments.

With just 10 days left until the Oct. 31 deadline, the exit is again in disarray as Britain's political class argue over whether to leave with a deal, exit without a deal or hold another referendum.

Most sub-sectors were in the black led by banks (SX7P) and autos (SXAP), but defensive plays including healthcare (SXDP) and real estate (SX86P) lagged the broader market.

"There's a degree of fatigue, because markets are used to an idea now that they are one step forward, and considering they have been so volatile, people are seeking value in areas that haven't performed really well," James said.

Companies listed on the STOXX 600 are expected to report a 3.7% drop in third-quarter earnings, worse than the 3% fall expected a week ago, according to Refinitiv IBES data.

Among other stocks, ProSiebenSat.1 Media (DE:PSMGn) rose nearly 5% after Slovak investor Patrik Tkac disclosed a 3.6% stake in the German broadcaster, a move that could rekindle talk of consolidation in the European television industry.

Wirecard (DE:WDIG) jumped 6% after the German payments company said it had hired KPMG to conduct an independent audit to address allegations by the Financial Times, that its finance team had sought to inflate its reported sales and profits. 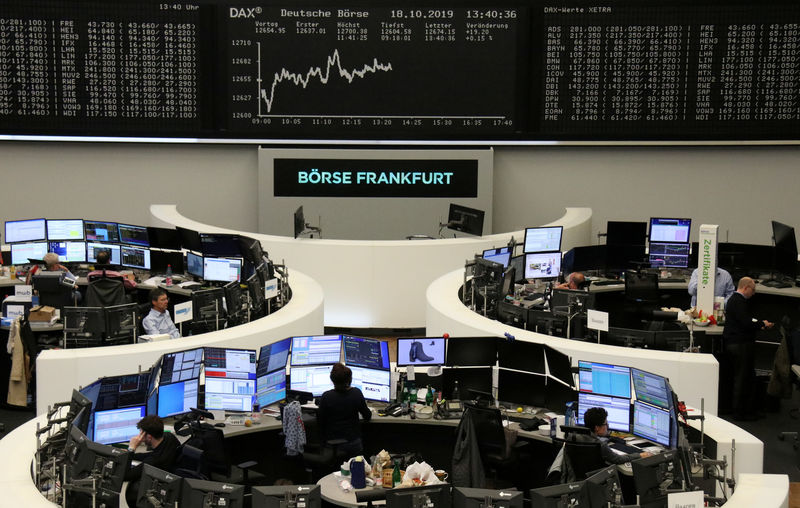 On the other hand, the Berlin government's move to freeze rents put real estate companies such as Deutsche Wohnen (DE:DWNG), Ado Properties (DE:ADJ) and Vonovia (DE:VNAn) under pressure.