By Dasha Afanasieva and Arno Schuetze

LONDON/FRANKFURT (Reuters) - An increasing number of companies are failing to get over the start line in this year's race to the public markets in Europe, the Middle East and Africa as investors take a harder line on the price they will pay.

German publisher Springer Nature (DE:SPGG) became the largest European firm to cancel its initial public offering (IPO) this year, and at least 13 others have pulled previously announced IPOs, although 52 still went ahead, an analysis of Thomson Reuters data shows.

Global IPO proceeds rose to $39 billion in the first quarter, the highest since 2014, with the proceeds from European listings more than tripling to $13 billion.

And IPOs in Europe Middle East and Africa have raised $16.5 billion, versus $11.2 billion in the same period last year.

But despite low market volatility (VIX) and a broadly positive economic outlook, this flood of new listings, combined with poor stock market trading performances of several of them, has given investors pause for thought.

"The market is oversaturated and IPO investors scared off by poor after-market performance of IPOs," an equity capital markets banker familiar with the Springer IPO said.

IPOs are historically a stop-and-start market and it is not unusual for companies and their advisers to miss the boat in terms of timing, or to have over-inflated price expectations.

Equity markets have not risen much in 2018: for example the FTSE 100 (FTSE) is down 0.7 percent year to date and the STOXX Europe 600 (STOXX), which represents 90 percent of the freefloat market of the European stock market is up 0.6 percent.

So while many companies in Europe have produced strong results, pricing for buyers and sellers has got out of kilter.

"While stock market indices are flat, good company earnings mean that companies trade on average at 15 times price to earnings, compared to 16 times last year. So investors are asking for higher discounts to buy into IPOs, something sellers are not willing to offer," the banker said.

Others have fared better, but overall gains are limited.

"While overall valuations have come off recent highs due strong corporate earnings, stocks of European companies which floated this year are only up approximately 2 percent on average," Christoph Stanger, co-head of equity capital markets in Europe Middle East and Africa at Goldman Sachs (NYSE:GS) said.

Equity capital markets bankers, those who advise companies on the pricing, timing and investor appetite for their IPOs, say that the market is not shut to new issuers.

"Investors are subjecting IPOs to strict scrutiny, they are kicking the tyres and looking under the bonnet, and they want to make sure that the valuations are attractive enough for a sustainable after-market," Craig Coben, vice chairman of global capital markets at Bank of America (NYSE:BAC) Merrill Lynch.

Flotations are not the biggest fee earners for equity capital markets bankers, but they drive secondary offerings and are often a bellwether for confidence in the market.

And listings are still being done, with software firm Avast (L:AVAS) trading lower on Thursday after pricing its IPO, the biggest by market capitalisation in London since July, at the low end of its offer range.

Others are also in the pipeline, with Blackstone's Middle East-focused education firm GEMs expected in the coming weeks.

"The market has seen an increasing number of cancellations given higher investor scrutiny. Despite this pullback, the market is open for high quality issuers as the recent successful IPO of Siemens Healthineers, the largest year-to-date in Europe, has demonstrated," Goldman's Stanger said.

Meanwhile companies such as online betting firm Sky Bet have opted for a trade sale, despite lengthy preparations for a listing, while plans for a Frankfurt listing of German home shopping TV network HSE24 have also taken a back seat in favour of a sale, sources told Reuters.

The IPO market wobble has extended beyond developed markets, with cancellations in countries including Russia and Turkey, driven largely by geo-political factors.

Meanwhile in Turkey, two of the three retail IPOs recently announced have been pulled, weeks before an election which may delay the next opportunity to head to the market. 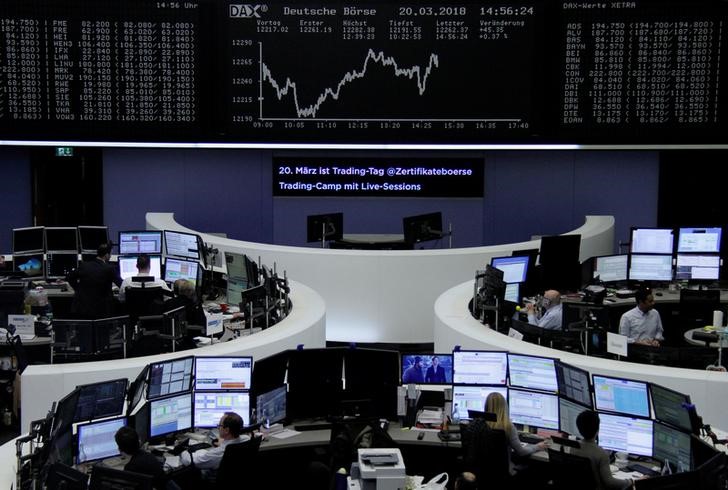 Macroeconomic risks, such as the uncertainly caused by U.S.. President Donald Trump's decision to withdraw from the Iran nuclear deal, have also weighed on IPO plans, with Turkey's lira to hitting a record low this week.