By Aparajita Saxena and Matt Scuffham

(Reuters) - Wall Street's top investment banks reported better-than-expected quarterly profits on Tuesday, helped by strength in stock trading and equity underwriting, wrapping up what has been a strong quarter for the big U.S. banks.

However, Goldman's equity trading and underwriting revenue came in much better than that of Morgan Stanley in a quarter that was marked by uncertainties in global financial markets stemming from an ongoing trade war between Beijing and Washington.

Talking to analysts on a post-earnings call, Morgan Stanley's Chief Financial Officer Jon Pruzan said he expects the firm to be the leader in equities trading by market share globally this year.

Strength at equity trading desks of both banks dwarfed weakness in bond trading, in line with a broader trend across the industry during the third quarter.

Both banks lack big consumer lending units that have fueled profits at rivals such as Citigroup (N:C) and JPMorgan Chase & Co (N:JPM), and instead rely heavily on their trading desks.

To offset the ups and downs of the trading business, Morgan Stanley and Goldman have been trying to diversify into lending and wealth management.

Shares of Morgan Stanley were up 2.4 percent, while those of Goldman were up about 1 percent in early trading.

Bank stocks have been under pressure this year as investors and analysts have questioned their future growth strategies.

The S&P Financial Index (SPSY) has fallen 6 percent this year, vastly underperforming the broader market. Both Morgan Stanley and Goldman have lost more than 15 percent of their value this year, making them the two worst performing stocks among the big six banks.

This compares with a 15 percent jump in Morgan Stanley's revenue from the business to $1.46 billion.

Credit Suisse (SIX:CSGN) analysts had expected investment banking revenue at Goldman and Morgan Stanley to be $1.73 billion and $1.34 billion, respectively.

Equity trading desks at both the banks also booked gains of between 7 percent and 8 percent, respectively.

Bond trading business, however, did not fare as well.

"Pretty good results considering the choppy backdrop and we like how Morgan Stanley continues to produce strong results," Evercore ISI analysts wrote in a note.

Overall, Morgan Stanley reported net profit of $1.17 per share, beating the average estimate of $1.01 per share, according to I/B/E/S data from Refinitiv. 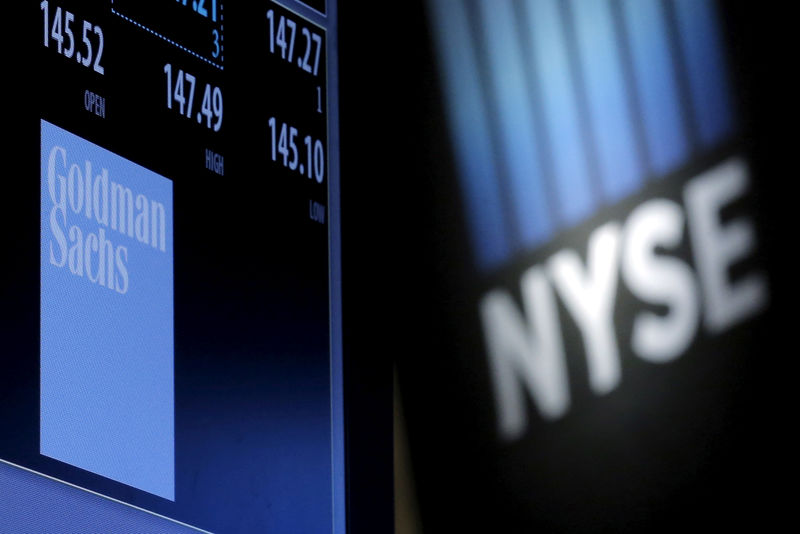