(Reuters) - UK-listed firms exposed to political risks edged lower on Wednesday as investors were nervous about a growing chance that the election may result in another hung parliament, while JD Sports slid 9% after the retailer's top investor cut its stake.

The mid-cap bourse (FTMC), which makes half of its earnings from Britain, was down 0.1% by 0840 GMT. The index has gained about 3% and outperformed bluechips since lawmakers voted in favour of an election to break the deadlock over Brexit.

But some of those prospects dimmed after pollsters YouGov predicted 28-seat Conservative margin of victory versus 68 just two weeks ago.

"The central case remains for a Tory majority of 20-30, but we are dealing with fine margins for error," Markets.com analyst Neil Wilson said.

"Markets for the first time need to worry about a hung parliament and what that might mean in terms of more uncertainty over the economy and Brexit."

Stocks considered most vulnerable to any shocks to the British economy weakened across the board, with falls in blue-chip housebuilders Barratt (L:BDEV) and Taylor Wimpey (L:TW). Real estate stocks weighed the most on mid-caps.

Investors also awaited a statement from the rate-setting meeting by the U.S. Federal Reserve to gauge the outlook for the world's largest economy amid a prolonged trade war with China.

JD Sports (L:JD), which is the FTSE's best performer this year, was headed for its worst day in more than three years after Pentland sold 24 million shares in the sports retailer at a discount.

Stagecoach (L:SGC) advanced 7% to top gainers on the FTSE 250 after the transport company said half-year earnings in its London bus division was ahead of its expectations. 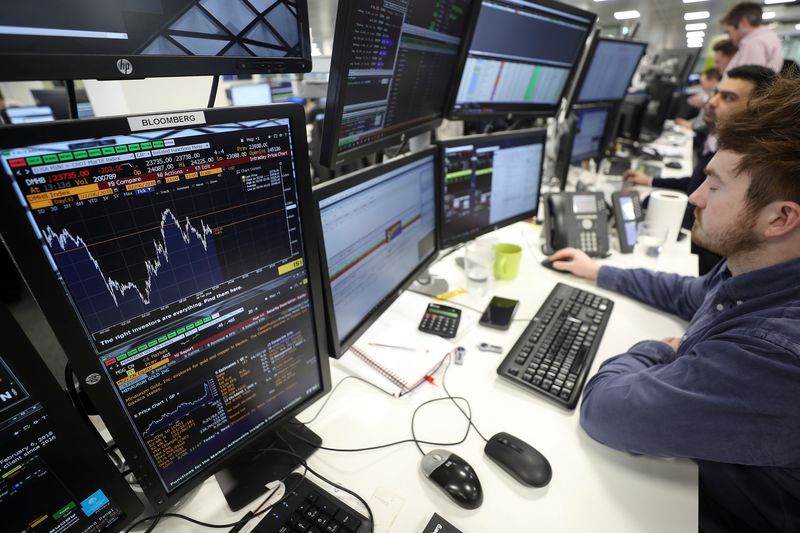