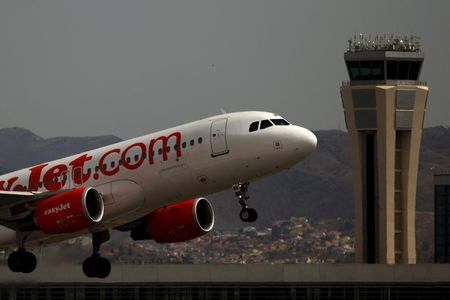 LONDON (Reuters) - British airline easyJet (L:EZJ) warned on Thursday its first ever annual loss could be as much as 845 million pounds as the pandemic meant it was flying just 25% of planned capacity.

The airline has signalled to the government it may need more financial support, according to media reports.

The headline loss before tax forecast for the year ended Sept. 30 of 815-845 million pounds was worse than the loss of 794 million expected by analysts, Refinitiv Eikon data showed.

That is the first time easyJet, which was founded in 1995, has ever made a full-year loss.

EasyJet said ongoing travel restrictions meant it would fly just 25% of planned capacity for the rest of 2020, behind Ryanair which is aiming for 40% in October.

At such levels and with no recovery in sight, easyJet's finances will continue to remain under pressure. CEO Johan Lundgren called on Thursday for Britain to "step up with a bespoke package of measures" to help airlines.

To survive the pandemic so far, easyJet has taken a 600 million pound loan from the government, cut 4,500 jobs, raised 608 million pounds from selling aircraft and tapped shareholders for 419 million pounds. It said it might have to do more.

"EasyJet will continue to review its liquidity position on a regular basis and will continue to assess further funding opportunities, including sale and lease backs, should the need arise," the airline said in a statement.

Bernstein analyst Daniel Roeska said easyJet was managing the downturn well, but like all airlines needed a recovery to come in 2021 as "absent this, the industry will face an existential threat."

On easyJet specifically, he said: "On current liquidity, the company needs air travel to start recovering for Easter or summer 2021 at the latest; failing that, we would be wary of a further capital raise."

In the UK, airlines have called for tax breaks and other measures to help them through the crisis as well as an airport testing regime for COVID-19 to shorten Britain's 14-day quarantine rule, which now applies to most European countries.

The government said it was looking at ways to reduce the quarantine with a report due in early November.

EasyJet, whose net debt soared to 1.1 billion pounds from 326 million pounds this time last year, said it was focused on flying profitably to conserve cash and that had helped it reduce cash burn in its fourth quarter compared with the third. 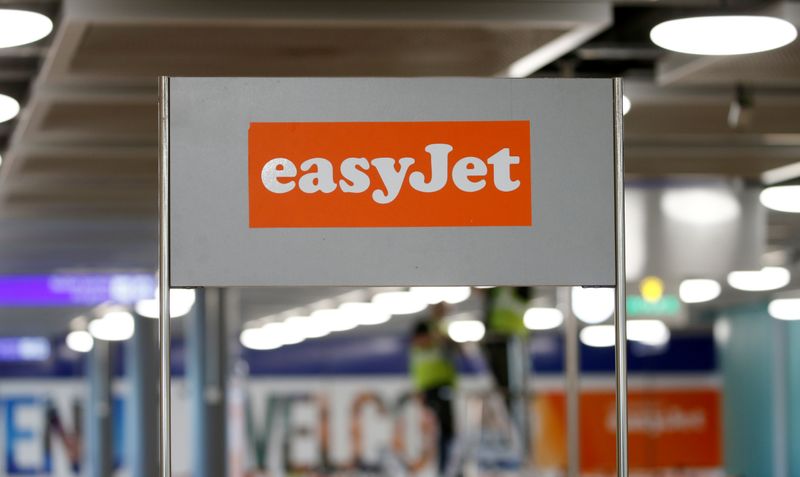 The airline will formally report annual results on Nov. 17.