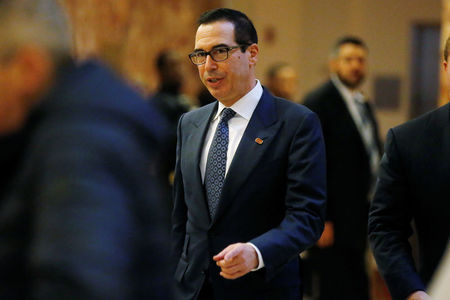 Investing.com – The Dow surged Wednesday, driven by technology and consumer discretionary stocks on better-than-expected economic data and rising hopes U.S. lawmakers can reach a deal on another coronavirus stimulus package.

Signs the labor market recovery remains intact boosted investor sentiment on the economy ahead of the key jobs report slated for Friday.

The private sector created 749,000 jobs in September, according to ADP data on Wednesday, topping economists' expectations for a gain of the 650,000.

"We look for an 950K increase in Friday’s private payroll number, slowing marginally from 1,027K in August and 1,481K in July.  But this is far from certain, given the deviation between the ADP (NASDAQ:ADP) and official numbers since Covid struck," Pantheon Macroeconomics said in a note.

On the manufacturing front, Chicago PMI jumped to 62.4 from 51.2, markedly topping estimates of 52.

The trio of bullish economic reports come at a time when investor hopes for further federal stimulus were given a boost after U.S. Secretary Steven Mnuchin told CNBC he was "hopeful" about getting a deal done.

Stocks linked to the progress of the economy found their footing, with banks, cruise operators, and airlines trading higher.

Airlines stand to lose big if Congress fails to reach an agreement on the proposed $2.2 trillion aid package that includes funds for the industry as well as unemployment benefits, direct payments to households and small business loans.

Citigroup (NYSE:C) rose more than 2%, United Airlines (NASDAQ:UAL) was up 3% and Norwegian Cruise Line Holdings (NYSE:NCLH) was up more than 5%.

Tech was also among the biggest gainers. Apple (NASDAQ:AAPL) and Microsoft (NASDAQ:MSFT) and Amazon.com (NASDAQ:AMZN) were up more than 1%. While Facebook (NASDAQ:FB), and Alphabet (NASDAQ:GOOGL) also traded above the flatline.