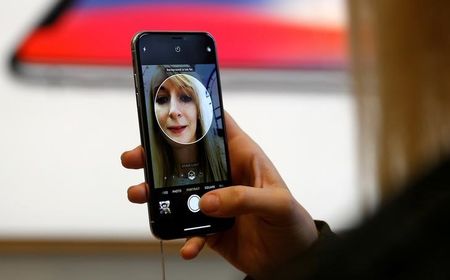 Investing.com – The Dow eased from highs on Wednesday, as investors weighed up a rout in tech and the Federal Reserve's pledge to keep rates lower for a prolonged period.

Tech took a breather following its strong start to the week, with Apple (NASDAQ:AAPL) falling 3% a day after unveiling new iPads and Apple watches and a new bundled subscription service as well as a personalized workout service.

The weakness in tech pressured the broader market to retreat from session highs offsetting the Fed's dovish policy announcement.

The Federal Open Market Committee left its benchmark rate unchanged in the range of 0% to 0.25% and said it would target inflation to run above 2% for some time.

"With inflation running persistently below this longer-run goal, the Committee will aim to achieve inflation moderately above 2 percent for some time so that inflation averages 2 percent over time and longer-term inflation expectations remain well anchored at 2 percent," The Fed said in a statement.

The latest economic projections from the Fed appear to support expectations for rates to remain lower for longer, with policymakers backing the central bank to keep its benchmark rate unchanged at 0.1% through 2023.

EOG Resources (NYSE:EOG), TechnipFMC (NYSE:FTI) and Diamondback Energy (NASDAQ:FANG) were among the biggest gainers, with the latter rising more than 7%.

Signs of softer retail sales raised concerns about the economic recovery at a time when the prospect of further fiscal stimulus appears murky at best.

U.S. retail sales rose less than forecast in August, up 0.6% after a downwardly revised 0.9% increase the prior month, The Commerce Department said. The increase for August had been expected at 1%.

“August retail sales data, along with downward revisions to July data, show a clear slowdown in consumer demand over the summer months,” Jefferies (NYSE:JEF) said. “The combination of fading fiscal support and lack of pentup demand clearly contributed to the summer slowdown.”