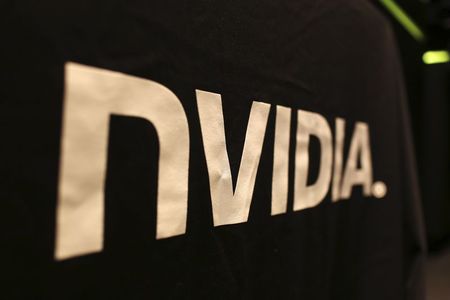 Investing.com - Wall Street kept its gains throughout the session today, finishing with another strong gain as economic reopening hopes continue to bring in the buyers.

The Federal Reserve’s April minutes also helped as its dire warnings were countered by its further pledges to do what it takes with any and all monetary policy tools.

Tomorrow there will be more data on employment, housing, manufacturing and services activity.

And one of Wall Street’s favorite tech stocks will report earnings after the bell.

Here are three things that could move the markets tomorrow.

Tomorrow brings the weekly jobless claims figures, with economists looking for a dip from last week, but a slight one as companies are still forced to shed jobs

Claims for first-time unemployment benefits are expected to come in at 2.4 million, compared with nearly 3 million the week before, according to forecasts compiled by Investing.com.Continuing claims are expected to have risen to nearly 24.8 million.

At 10:00 AM ET the latest figures on existing home sales arrive from the National Association of Realtors.

Economists predict that sales of existing homes plunged 18.9% in April to an annual rate of 4.3 million.

2. Manufacturing to Show Some Green Shoots?

Looking to the manufacturing sector, the Philadelphia Federal Reserve will release its measure of regional activity at 8:30 AM ET (12;30 GMT).

The May Philly Fed index is expected to show improvement, rising to -41.5 from -56.6 in April, close to an all-time low, according to economists’ forecasts compiled by Investing.com.

At 9:45 AM ET, Markit releases its manufacturing and services purchasing managers indexes (PMIs).

The May preliminary manufacturing PMI is expected to tick up to 38 from 36.1 in April.

Semiconductor company Nvidia (NASDAQ:NVDA) will issues its earnings after the bell tomorrow, which come on the heels of a strong rally in shares, sending them close to all-time highs.

“While the chipmaker is unlikely to escape the overall demand slowdown due to Covid-19 closures, analysts are focusing on the company’s balance sheet, cash flow, and product categories, each of which is expected to remain strong in the current environment,” Investing.com’s Haris Anwar wrote.

The company also received votes of confidence from Wall Street leading up to earnings day.

On Tuesday, Susquehanna boosted its price target on the stock and on Monday BMO Capital Markets raised its rating to outperform from market perform.

"We have stayed on the sidelines long enough on the NVDA shares,” BMO said, according to Briefing.com. “While there is no one single event we can point to which has led us to change our thinking, the continued execution on the data center side, along with the latest product rollout, has helped. We believe NVIDIA is uniquely positioned to continue to benefit from a massive shift in the compute landscape."

Analysts expect the chipmaker to report a profit of $1.66 per share on revenue of about $3 billion, according to forecasts compiled by Investing.com.