Day Ahead: Top 3 Things to Watch for March 6

Day Ahead: Top 3 Things to Watch for March 6 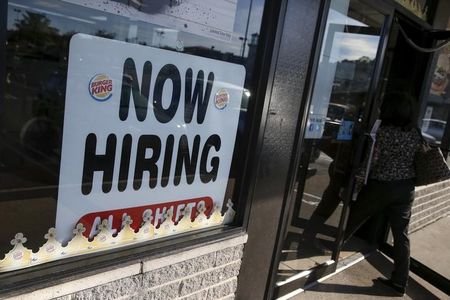 Investing.com - With market volatility continuing there’s little chance of predicting now how stocks will be moving at the opening bell tomorrow. But it’s a good bet the move will be big.

And amidst the volatility, investors have a few things definitely on the calendar to watch Friday, including the big U.S. employment report.

There’s still plenty of uncertainty surrounding OPEC, Russia and production cuts as the cartel wraps up its meeting and also another healthy does of Fed speakers.

Here are three things that could move the markets tomorrow.

It’s not often that the monthly U.S. employment report isn’t the end-all-be-all of economic news, but this hasn’t been your typical week and the spotlight could easily be elsewhere by the time the number come out.

For those keeping score, economists are forecasting that nonfarm payrolls rose by 175,000 last month, according to forecasts compiled by Investing.com.

The unemployment rate is seen holding steady at 3.6% and average hourly earnings are expected to have rise 0.3%, or up 3% on an annual basis.

“A return of seasonable weather, the spillover effects triggered by cuts to Boeing’s 737 Max production and the first signs of weakness associated with Covid-19 are all expected to have put a damper on employment in February,” Grant Thornton Chief Economist Diane Swonk said in a note.

“The question mark is leisure and hospitality,” Swonk said. “Visa recently warned of a significant blow to profits from reduced travel and tourism to and from Asia. Chinese tourists, who are some of the wealthiest in the world, are now absent from major tourist destinations. Much of that weakness is yet to come.”

It seemed that every day this week OPEC had a production-cut deal – sort of.

But tomorrow is high noon for a decision, with the Saudi cartel in an apparent Mexican standoff with Russia on the last day of its meeting in Vienna. And given crude’s 2% drop today, the market isn’t confident they’ll pull the trigger.

OPEC is looking for a big cut of 1.5 million barrels per day, but are indicating that Russia’s participation is required or there will be no deal at all.

“OPEC is making the cuts conditional on Russia joining. What Moscow perhaps is underestimating is that Saudi Arabia may be ready to walk away if it doesn’t get a positive answer,” Amrita Sen, chief oil analyst at consultant Energy Aspects Ltd., told Bloomberg.

With an emergency half-point interest rate cut this week you may think the Federal Reserve had earned some breathing room.

But as far a the money markets are concerned that Fed isn’t even done for this month.

Fed funds futures are pricing in a 100% chance of another half-point cut March 18 and a 77% chance of a further quarter-point cut in April, according to Investing.com's Fed Rate Monitor Tool.

How an intermeeting emergency cut was deemed insufficient in just a matter of days might be a good question to ask one or all of the bevy of Fed members who will be on panels at the Shadow Open Market Committee Meeting in New York Friday.

Chicago Fed President Charles Evans and Cleveland Fed President Loretta Mester will be on the Transparency and Communications panel at 9:20 AM ET (14:20 GMT).

At 11:20 AM ET, St. Louis Fed President James Bullard will be on the Inflation Targeting and Rules-Based Policy panel.

To close things out, Kansas City Fed President Esther George is on the Fed’s Balance Sheet and Credit Policy panel at 3:30 PM ET.