In a securities filing, the company said its quarterly net profit rose to 735 mln reais.

Revenues were stronger, with double-digit growth across both wholesale and retail segments.

In January, Carrefour said total sales rose 11.4% in the fourth-quarter, excluding gasoline, to 16.8 billion reais, out of which 11.855 billion reais came from its wholesale division known as Atacadao.

Carrefour Brasil, like the Brazilian unit of French rival Casino Guichard Perrachon SA (PA:CASP), has been investing heavily in the wholesale format, which offers discounts to bargain-seeking Brazilians still recovering from a deep economic recession.

Currently, Carrefour Brasil has 187 wholesale stores across Brazil and plans to keep the expansion pace of its Atacadao unit at 20 new stores per year.

On Feb. 16, the retailer also announced a deal to buy 30 stores and 14 gas stations from smaller retailer Makro, owned by Netherlands-based SHV Holdings, for 1.95 billion reais ($450 million) in an extra push to boost wholesale business. 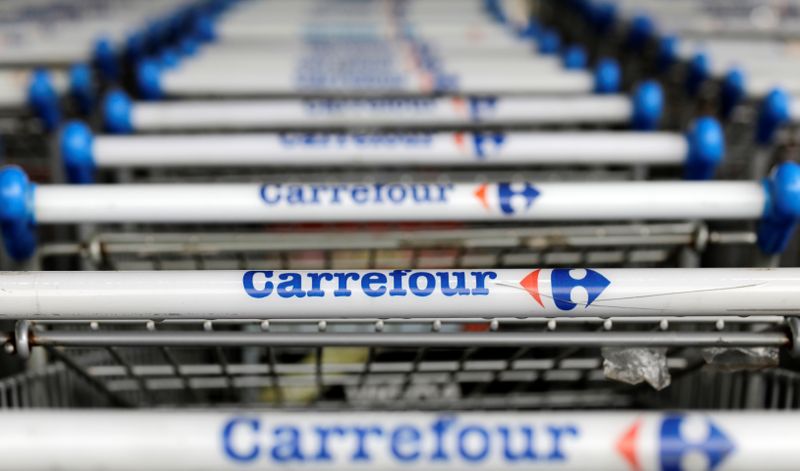